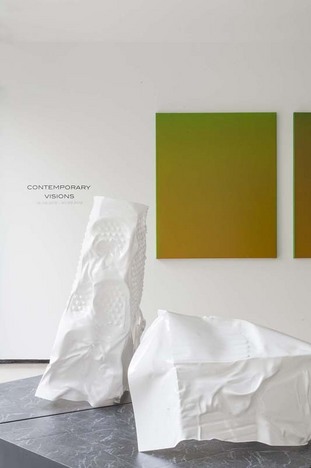 In 2008 in Canada a new company, Beers.Lambert Contemporary, was started with the desire to explore and diffuse relevant issues via the medium of progressive art. In 2010 they relocated to London and are currently based near Shoreditch and Hoxton in a bright modern venue with the continued goal of exhibiting thought provoking contemporary art. This gallery also gets involved with projects such as the Beers.Lambert annual award for Award for Emerging Art which is a prize to be given to eight emerging artists working in any discipline around the world. All of the prize winners will be exhibited at the gallery and on their website. Beers.Lambert is also involved in the publication of books on art, the selling of art and constant four to six week exhibitions of art. This year has included exhibitions by Norwegian duo Lello // Arnell whose sculptures incorporated photography, collage and painting through a modernist-styled, monochromatic aesthetic, and ‘When the Dead Awaken,’ an exhibition inspired by playwright Henrik Ibsen’s final play in the nineteenth century and contributed to by four artists. The current exhibition, ‘Contemporary Visions,’ showcases the work of ten artists selected from 1800 applicants worldwide with the common theme of questioning the destability of the image and of presence. As the gallery itself states ‘the exhibition originates with the notion that perception and perspective is subjective, and dependent on a fictional recreation of one’s perceived experience. The unifying conceptual thread that runs throughout the exhibition appears to call forward to some anxiety toward an Orwellian future.’ 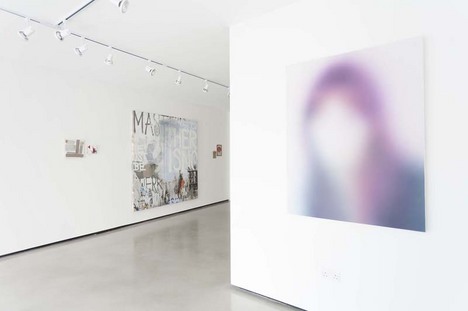 The ten artists have each come up with interesting perspectives of questioning the destability of image and presence, for example Roberto and Renato Miazz, based in Valencia Spain. Two examples of their work can be seen here, ‘Portrait d’Artiste #1’ and ‘Kawaii #3,’ both of which are blurred portraits of people. The second of which is intriguing for the Japanese name which normally invokes the expectation to see a cute and adorable girl, but here the possibility of seeing a cute girl is prevented by the out of focus picture. The girl has a presence, and the audience has an expectation of what they should see, but their subjective thoughts are destabilised. Ronin Cho is from South Korea but based in London, his work ‘Fair Idle’ features a mechanical arm, which was cast from his arm, which in an endless cycle picks up sand which slips through its fingers. It is a futuristic vision of a continuous action which is futile, the presumption is that there must be a purpose and result to this action, but we are confronted with the fact that there can be no result. 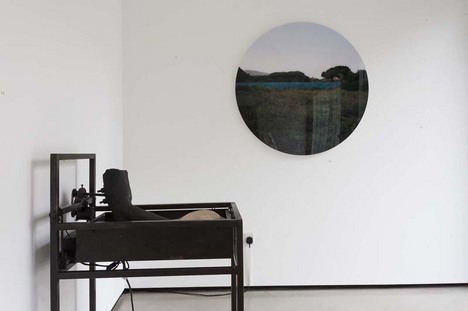 Gigi Cifali in his work ‘New Vesuvian Landscapes’ challenges how photos are presented by framing them into oval shapes, serving to unnerve the audience’s supposition of a photo being in a rectangle or square shape and by extension question the image’s trueness. The image itself is very peaceful, but it is forces us to query it. Even the title of this art piques one’s interest as vesuvian can mean a slow burning match used for fuses or a sudden violent outburst which is suggestive that the tranquil scenery of Gigi’s work could be about to change. Gigi achieved a Master’s degree in photojournalism at the University of Westminster and is based in London. On the other side of the world Matthew Allen works in Australia and his painting ‘Orange Over Two Greens’ again confounds the senses as on first look this work is pleasant to view with a light variety of colours, however it encourages the viewer to look deeper and by doing so it becomes less normal and its colours rather ominous. 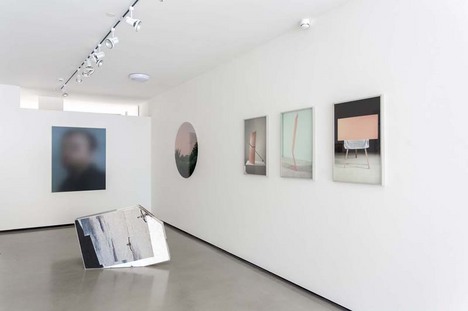 Rebecca Griffiths was the recipient for the 2012 Royal British Society of Sculptors Bursary Award and figuring prominently at the front of the gallery her sculpture ‘Turbo Twin’ makes a strong statement. It challenges the eyes as the mind tries to make sense of the sculpture and attempts to recognize something; however this blend of forms defies this. Other work by artists that can be seen include Lindsay Mapes’ paintings, she won the Premio Internazionale Di Scultura in Italy in 2006 and she lives and works in London, Zavier Ellis’ fascinating mix of paint and collage, though besides being an artist he is also a gallerist, curator and occasional lecturer, John Ryan’s oil paintings, he works in Dublin where he is a studio resident in Pallas Projects, and Fleur Van Dodewaard’s art. She has had several grants from the Dutch Foundation of the Arts Mondriaan Fund and her work has featured in the British Journal of Photography. 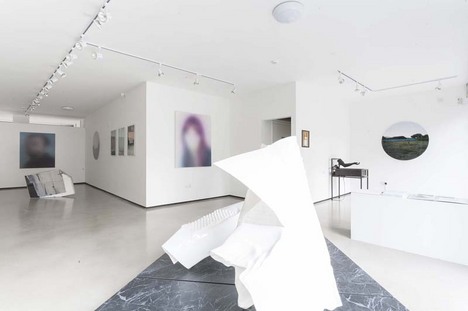 This selection of art perfectly fits the gallery’s theme and each piece requires deep thought as reality is challenged, perspectives are skewed and assumptions challenged. Future exhibitions include a solo one on the paintings of Andrew Salgado entitled ‘The Misanthrope’ and later in the year an exhibition called ‘New Perspectives from Germany.’