The Runaway Bunni Theatre Collective started with a small group of Drama Honours students at Rhodes University in 2008. One of their founders, Robert Haxton who helped start this initiative, looked to help promote the performing arts sector with graduates from different backgrounds with different skills and aspiring writers looking to establish themselves in South Africa. 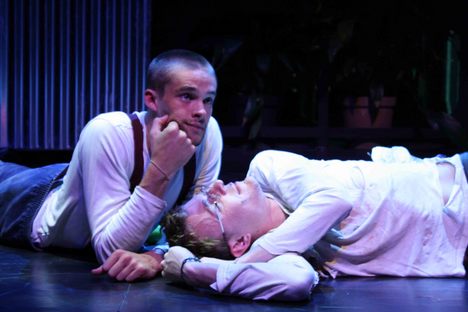 What is the Runaway Bunni Theatre Collective?

The collective is made up of a network of theatre related artists that aim to collaborate from across South Africa with the goal of challenging conventional and stale ways of reading and experiencing theatre. The collective constantly seeks to collaborate with new and interesting talent in various disciplines that help develop and widen the scope of the theatrical event.

Where do you come up with the name, The Runaway Bunni Theatre Collective (RBTC) and why?

In 2008, I was doing my Honours in Drama at Rhodes University and my examination work for Directing was Wit by Margaret Edson. Towards the end of the play, The Runaway Bunny (a children’s book) is read aloud and it soon became everyone’s favorite scene. Originally, we were nameless and just called ourselves The Collective. As the Collective, we were supposed to produce Wit for the Grahamstown National Arts Festival, but the same production was already being done. We therefore decided to do Cracks by Martin Sherman. We decided to include The Runaway Bunny in the Collective and since then we have became known as the Runaway Bunni Theatre Collective, by just changing the “y” to an “i”. 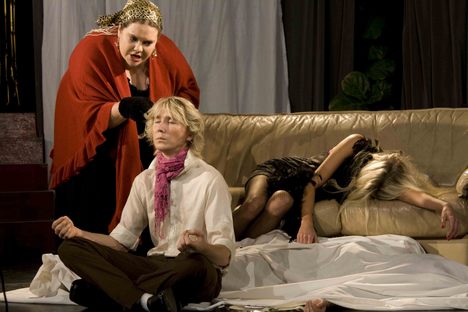 When and how did it start?

The collective has been a project I have dreamt about since 2007 after working with Ubom! Eastern Cape Drama Company. Their mission and dedication to arts and development has always been a huge inspiration. In many ways the Bunni Collective draws from Ubom!’s example. There are so many talented students walking out of post-graduate degrees in theatre, writing and music who then often submit themselves to becoming teachers or otherwise. This is due to the difficulties of sustaining a career in the arts in South Africa.
The RBTC is being set up to create a sort of union where artists work together rather than simply for themselves. The Collective tentatively began in 2009 but has officially named itself as of 2012.

How and what is the process that you take to get aspiring artists noticed?

Often artists will talk about fantastic ideas they have, yet have no idea how to make it come to fruition. You usually need lots of enthusiasm, dedication and sometimes money in order to make it work. The Collective will try and help create that opportunity to get your work and artistic voice noticed.
For example; if an artist has a great idea and wants to see it realized, the RBTC will do its best to support the venture by producing a network of administrators to get money, production managers, performers, and writers etc.
Basically, artists need to stop thinking that they’re all alone in trying to make their art a success or a ‘something’ – instead lets all work with each other. 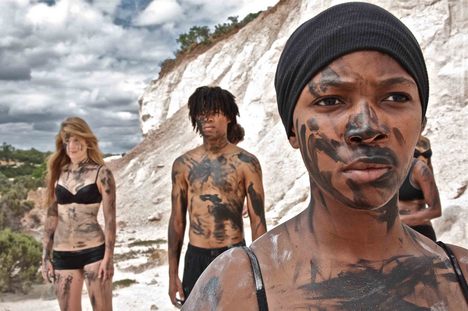 You state that artistic visions of and identity that is “uncommon`’ and that can offer variety, is what makes up the identity of the RBTC. Explain.

What makes the RBTC different from many other Theatre establishments is the wide range and reach behind its design. It is not made of a specific company of performers, directors etc, rather it’s built up of a vast number of artists that possess a variety of skills. The exciting part is watching the different artists and their various skills combine to create unforeseen products and ideas. The collaborations are always changing and one can never be certain of what the outcome will eventually be. Hence, the Collective will be hard-pressed to create the same type of work over and over again.

What is currently happening with the RBTC in theatre, art, music and design etc?

Currently, we are producing two new original plays for the Grahamstown National Arts Festival this year. One is Dogyard (written and directed by me, Robert Haxton) and Wintersweet (written by Genna Gardini and directed by Gary Hartley).
Right now, our focus is on introducing young blood in writing and theatre so we can eventually start touring with the plays to not only encourage others, but also develop literacy amongst the youth of South Africa.
We are also supporting a new up and coming band, which are about to start on a small national tour called The Footnotes.

What is in the near future for the RBTC?

The RBTC will continue to develop the aims and goals set by our mission both in terms of artistic work and community development.
A new work is currently being planned and conceptualized to bring awareness and support to cancer later in the year.
Eventually, in about 4 years we would like to establish a resident company for the RBTC but this is only a possibility at this stage, as it will depend highly on the current and future set up of the works in the RBTC.