Probably you are wondering what is the meaning of his name. Well, it is Danish for “Remember my name”. Copenhagen-based artist Husk Mit Navn is one of the current references in the illustration and street art from Scandinavia. He has a background in the graffiti scene, which has given him a good reputation. He works with illustration, spray, murals, paintings, street posters and sculpture. He has a very recognizable style. You can find characters with big heads and straight hair or perhaps you already have seen his symbiosis of Mickey duck. Either way he has worked in lots of projects and exhibited his work in different art galleries in and out of Europe. 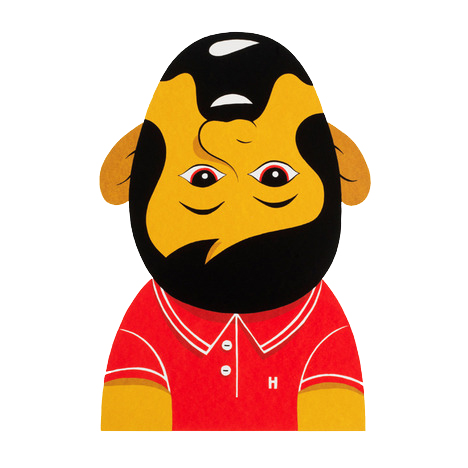 You work with graphic design, graffiti, illustration, drawings, partings, sculpture. What´s the best you can get out of each discipline?

Its important for me to do a bit of everything. I would get bored if I only painted graffiti or did paintings. I try to develop a way of drawing that I can adapt to different kinds of media. By doing different things I’m also able to make a living of making art. I’m not depending completely on the art market or any of the other markets. If one kind of business is slow I just work on something else. Right now, I dream about making some public sculptures.

How is under your opinion the design, art and illustration school arena in Copenhagen?

Copenhagen has two big schools: The Danish Design School and The Royal Art Academy. I have known people who have gotten a lot out of these schools and some who did not. Its all up to the individual person how much energy he or she put into the studies. But it’s the same reality you face when you leave school. It’s all up to you. If you want to make a living doing something creative you have to work a lot and you must be more hungry for success than other people. 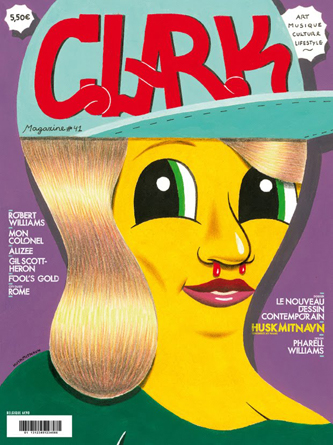 Please explain me a bit how your career evolved?

A lot of people saw the street posters I did 10 years ago and then I started to get invited to do other kind of art projects. My first exhibitions were organized by myself but soon I was sucked into the gallery world. I try to keep my deadlines and be easy to work with and that’s usually how I get invited to do more stuff. Nobody wants to work with a dick head. 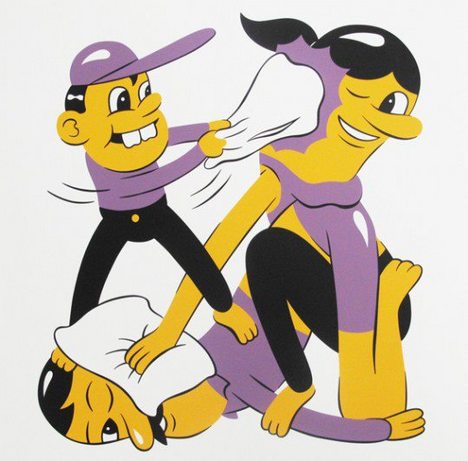 Are you currently doing street art?

No, not really, but I still work on the street sometime. In 1993 I began to paint graffiti and between 2001-2005 I did some handmade poster campaigns. I still paint graffiti, mostly as an excuse to hang out with old friends. Sometime I get commissioned to paint a mural or I get invited to do an art project outside in the public space.

How do you see these scene in Copenhagen?

I keep one eye on the graffiti scene, but the street art scene I don’t watch it so closely. Copenhagen graffiti is alive and kicking. A lot of good writers live here and it’s one of the best places in Europe to check out graffiti. 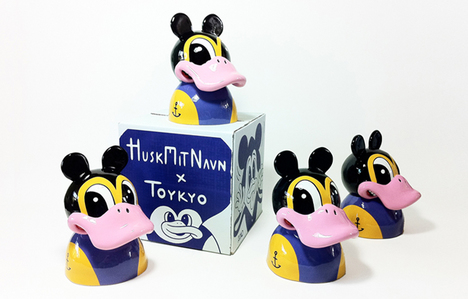 I think you have contributed with some fashion designers in town such as Henrik Vibskov or Karl-Oskar Olsen from Wood Wood?

I have worked with them both. I did some T-shirts with Henrik many years ago and I did the first T-shirts Wood Wood made. Brian, the other founder of Wood Wood, is a good friend of mine.

You recently did an exhibition at GSB in Stockholm. How did it go?

It went well. I made the show together with Horfe from Paris. I have never worked with him before, but he turned out to be a cool dude and really easy to work with. A lot of people turn up for the opening and afterwards. The sun was shining in Stockholm and I had time to chill and paint graffiti. It was like a working holiday with lots of nice people around. 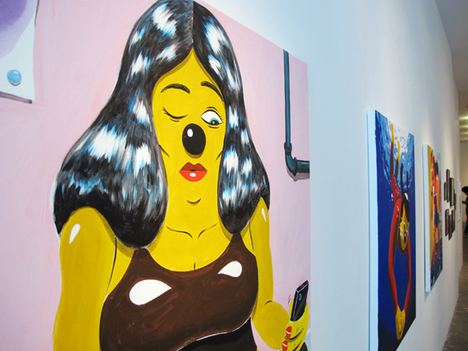 I think you have a good relation with Swedish artist Finsta. Have you done any collaboration together?

We painted some walls together on a fun trip to Paris in 2006. Our way of drawing is a bit similar with black outlines and cartoon characters. I like what he is doing and he is a cool dude too. 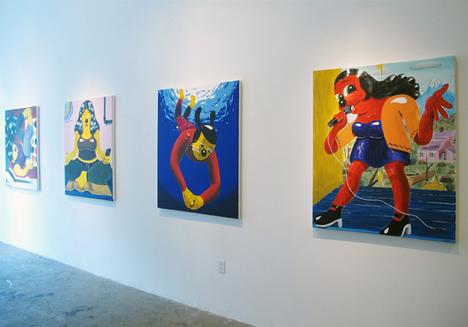 You exhibited in Oslo at the beginning of the year, right?

It was a nice small show curated by Øivin Horvei at a place called Mir. I hung a sculpture inside and painted the outside of the building in freezing cold. While I was painting I had to wash my hands in burning hot water every 15 min. to dry them up.

Do you have any favorite artists colleagues in Scandinavia you appreciate? 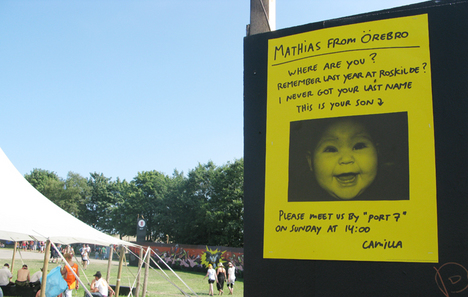 For those who never heard about it, please tell me about the poster “Mathias from Örebro at Roskilde Festival.”

I put up some big yellow posters at the Roskilde Festival with a photo of a baby on it and a message from a girl who was searching for Mathias from Örebro. They had met at the festival the year before and Mathias was now the farther of a child that he did not know existed. A lot of people at the festival believed the story to be true. But its was just an art project.

Did you enjoyed at Roskilde this year?

Roskilde is cool every year. The summer starts at the festival. I’m now twice as old as all the teenagers at the festival, but my friends still go there so I’m not the only Papa Smurf.

What bands are you currently listening to?

Please tell me about further projects and new exhibitions in mind!