In one way or another, Absolut has been always involved with the arts. The Absolut Art Award was born three years ago – as a consummation of their long-term commitment to creativity – to celebrate the company’s 30 years of creative collaborations. In other words, Absolut did not get into this as a result of a new marketing evaluation but as a result of a sincere approach to the arts. Since the early eighties, different artists have contributed actively to make this partnership reliable. Andy Warhol, Keith Haring, Damien Hirst and Annie Leibovitz are some good examples. After giving the award to Keren Cytter in 2009 and Rirkrit Tiravanija in 2010, the third annual award goes to Albanian-born video artist Anri Sala. 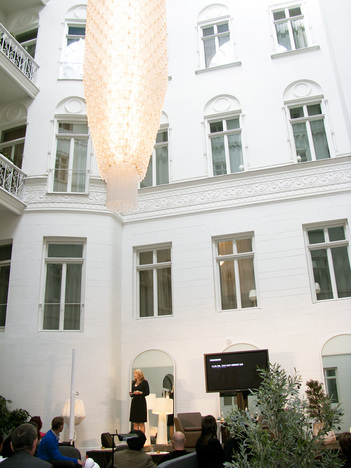 Absolut invited to selected media worldwide to celebrate with Sala such special occasion. They managed to gather a prominent group of people – a charming and special chance to mingle with artists, curators components in the jury, international publishers and journalists among other interesting acquaintances in town, including Crown princess Victoria of Sweden. 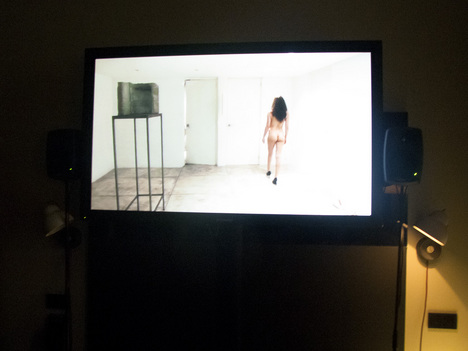 We were hosted at Nobis Hotel, where both the welcome conference and the exhibition took place. The exhibition cast some pieces selected from Sala himself. The carped-lined corridor took the place of the doors of perception where each room showcased a piece. The screenings included “Le Clash” (2010) which uses the punk rock anthem “Should I stay or should I go” in low-freq melody format to spin around reality and form. “From the interior of a bricked-up building, a once influential rock and punk venue, comes the famous riff of a song. Slowly turning the handle of a barrel organ, two musicians stroll past the abandoned concert hall. When the distinct melodies conjoin, a sense of shifting reality occurs, highlighting two differing recollections of the punk song.” Sala´s philosophy allows both song and syntax to be able to play in the same way. This is one of facts that exposes Sala´s attention to the relationship between music and architecture. 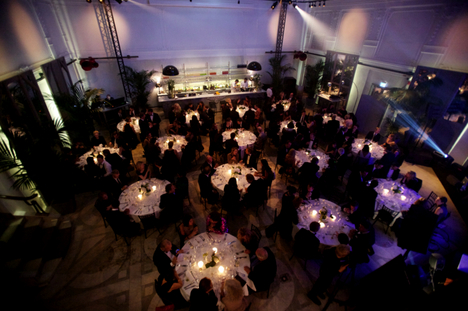 The award ceremony was reserved at night for the gala dinner at Atelier – the Absolut showroom in central Stockholm. The space is reserved for meetings and events – a creative spot, which represents Absolut´s universe. To describe it bit more, it is a sheer space distributed as an apartment, with the living room, creative room, kitchen, and of course a big bar. 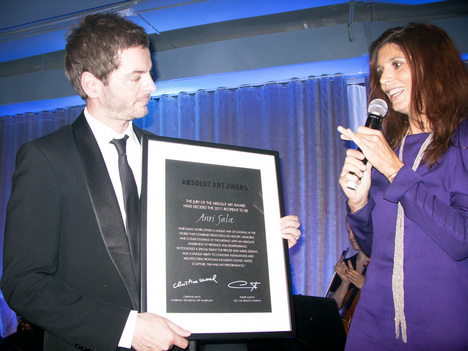 After the dinner, Christine Macel, Chief Curator at Centre Pompidou and Chairman of the jury, gave Salas the award, which it is also rewarded with 30,000 EUR. Anri Sala will be a member of the jury for next year´s award. Congratulations Anri!