A charity event for the victims of the Tohoku earthquake and Tsunami was held in Berlin. Even though I may fail to report objectively as I was also involved with this event, I would like to represent one movement in Berlin concerned with Japan. 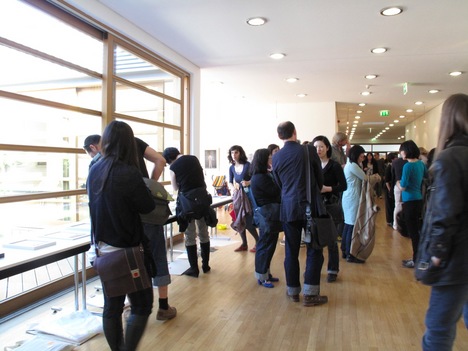 After being informed of the tragic situation in their home country Japanese artists started to discuss what they could here in Berlin. Gathering artists from all over the world the organizers decided to hold a charity event in which lottery tickets would be sold and a prize of a donated art work would be offered. The sales from the event would be donated to the German Red Cross. 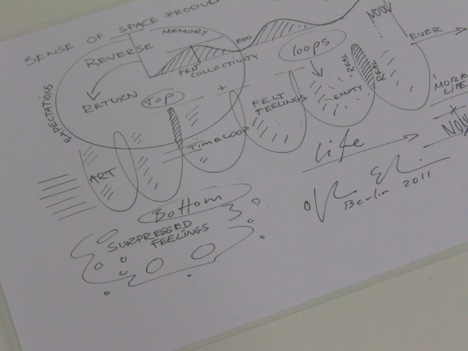 Once the decision was taken the members began to assemble art works and to sell 10 euro lottery tickets. Finally, 158 artists donated works of art. These artists included not only well known artists in Japan such as Olafur Eliasson, Takehito Koganezawa, Tatzu Nishi, but also Picture Book Writers and Designers. 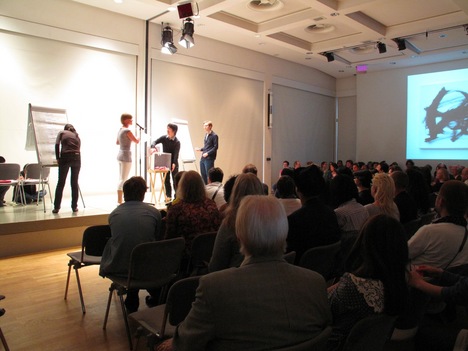 On April 30th, a beautiful Saturday, the lottery was drawn, together with a dance performance and a poetry reading. It was held at the Japanese-German Centre, Berlin, Dahlem.

Dahlem, a town in the suburbs of Berlin is also home to the East Asian museum where you can see some of the finest Japanese art. So, it seems to be the best place to hold such a cultural event concerning Japanese artists. 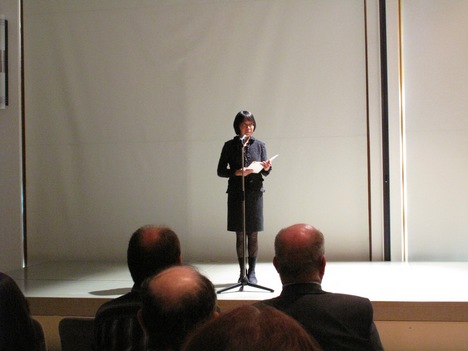 There were not only art works but people also enjoyed a violin concert, a poetry reading and dance performances. Many people lent an ear to Reiko Ikemura, a professor at UDK Berlin University of the Arts, as she recited an original poem.

Many people attended this event and the sales finally mounted to 15,079 euros about 180 million yen, which was sent to Japan through the German Red Cross.

It has been 2 months since the earthquake and there have been many related events such as exhibitions, art auctions, dance performances and concerts held. Many people wanted to act in some way towards Japan. However, personally I can’t agree with all of these events. In some case, the hosts for these events were lacking in reality.

Likewise one political event which emphasized it’s charity side raised donations for the sake of gathering the public’s attention. This event had nothing to do with the earthquake itself but seemed just like an imposition of their own ideas and art and was just taking advantage of the situation in Japan. 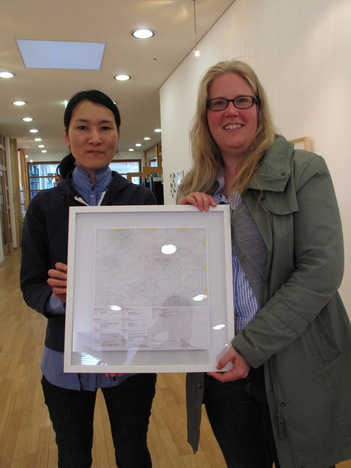 Kaoru Hirano, her work and the lottery winner

The Hilfsaktion fuer Japan was a simple system. We gathered art work and sold lottery tickets for them. This simple action was made possible through the will of those wanting to help the suffering in Tohoku as soon as possible. The donated art works are not necessarily something reflecting the earthquake itself. But it was, in fact, possible to send the money to Tohoku and for all the people involved this was the most important. It has been two months since the earthquake and people’s necessities are beginning to change. Expression is a mirror that reflects the real world.

I can’t but hope that these mirrors will reflect things that we don’t usually realize and events with these intentions will continue.