After the great earthquake occurred on March 11, 2011, Japan has been receiving world’s attention from a new aspect – whereas before: the far east small and exotic country where tradition and technology coexist. As ever, soon after the earthquake, most of the Japanese must have thought “Even though it’s huge, the earthquake is usual for us and there is full preparation for it and we will be OK”. But who could imagine the overwhelming fear such as subsequent tsunami and after-quake, the nuclear accident and the secondary damage such as power shortage and the radioactive contamination of the water and the food.

On the occasion of this great earthquake, many countries delivered the information in various degrees through each viewpoint, and the people also have watched and heard a wide variety of information through the Internet. As well as the scale of the damage and the problem of nuclear plants, the point drew the attention of the advanced nations was the fact that Japan who has the third-highest world GNP was happened to be challenged by the major disaster and it was more of a reality than it happens in the developing nations.

In this circumstance, many Japanese living in the remote foreign countries are asking themselves what they can do for their home country surviving in face of overwhelming force of nature. Here in Paris, there are many charity events such as concert, stage performance, sale and exhibition, bazaar etc. 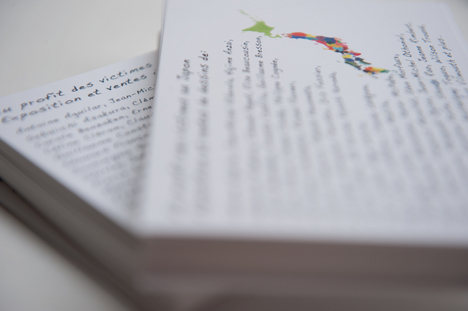 ‘Help ! for Future of Japan’ is the drawing exhibition held at the gallery, Premier Regard which is located near the Eiffel Tower in 15th arrondissement of Paris. A French artist, Jean Luc Vilmouth and Asami Nishimura, a Japanese artist and Kana Sunayama, a Japanese curator who’s living in Paris have asked contemporary artists in the world to exhibit their works. 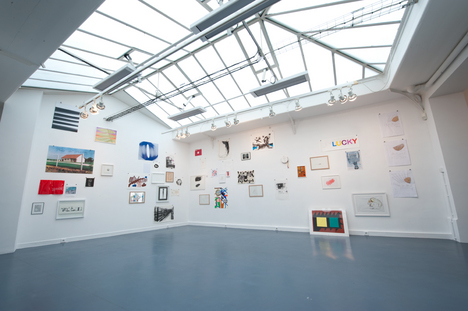 Then, 60 artists announced the participation – the artists including: Xavier Veilhan who has been selected as the artist for the opening of a new art space, Espace Louis Vuitton Tokyo which has just opened in the beginning of this year, Annette Messager, the artist who has held a solo exhibition in Mori Art Museum in 2008 and Christian Boltanski whose museum is in Teshima, the island floating in the Seto Inland Sea. 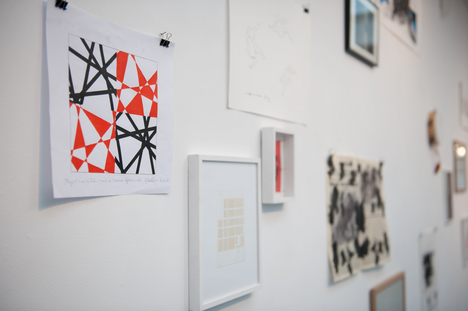 Also, the award winning artists of the Marcel Duchamp Prize have kindly provided their works as they have experienced the earthquake on March 11 during bringing in their works in the Mori Art Museum for the exhibition ‘French Window: Looking at Contemporary Art Through the Marcel Duchamp Prize’. Carole Benzaken, the winner of 2004, and Claude Closky, Felice Varini, Dominique Gonzalez Foerster,
Claude Levequ, Phillippe Cognee, Camille Henrot have participated. 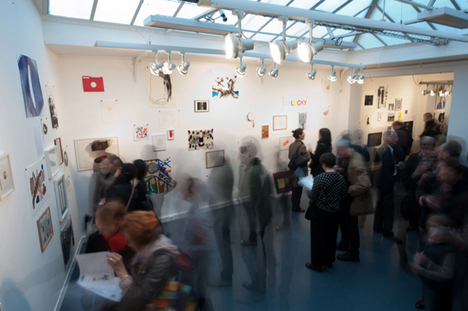 The art pieces of paper media from 50 euros to 15,000 euros, over 100 items were gathered for the exhibition and sold 52,300 euros (about 6,250,000 yen). Also the funds in a donation box specially set up in the venue amounted to 411.76 euro and total 52711.76 euros was raised. The whole money will be deposited into the special bank account of the Japanese Embassy to France opened for the Great East Japan Earthquake and donated to Japanese Red Cross Society.

The charity exhibition held with help of the volunteers centering around French contemporary art scene was one of those charity events held in the world after the disaster. Even though, questioning ourselves: how we can utilize our own networks and skills in each place, what we can do for today and tomorrow’s Japan and how it can link up the world, what all of us can do for the future of the world, is the thing we should learn from this disaster caused 15,000 death (at this time) and over 8,000 missing people.