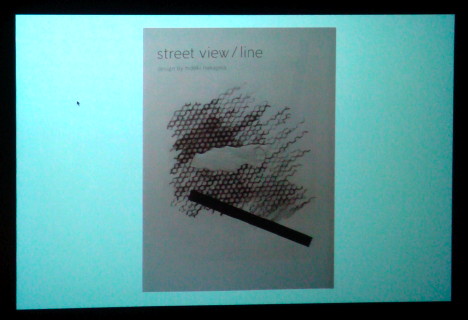 His new book “LUMEN#05 Street view / Line” has been released recently. Even though he is represented by G/P Gallery, he mentioned about himself that he doesn’t think himself as an artist and graphic designers can do whatever they want.
Works for LUMEN were created originally from his idea what graphic designers will do in the town after they hear the conversation between Daido Moriyama and I saying it would come end if a photographer quit shooting street snaps. 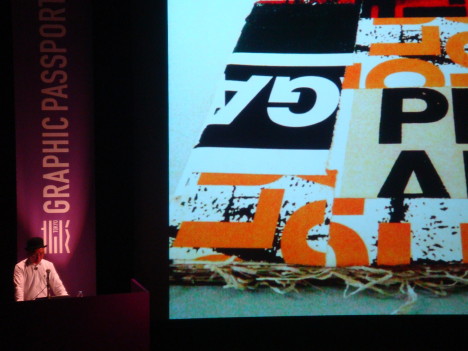 The last presenter of TOKYO GRAPHIC PASSPORT was Theseus Chan, a creative director of WERK. After establishing his office WORK in 1997, he founded WERK in 2000. Since then, he manages the only Comme des Garçon Guerrilla Store in South East Asia, at the same time publishes a visual book “Guerrillazine”. 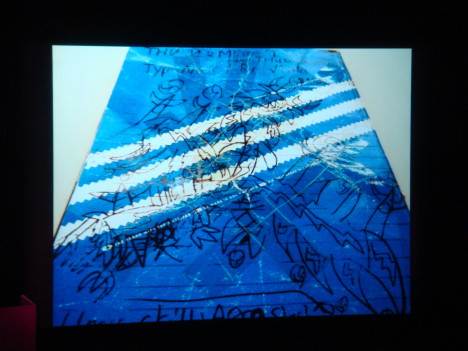 For Chan, saying “WERK directly reflects my inspiration, thought and ideas”, it seems it’s very important to have honest and pure mind for creating works. One of the feature about Singapore is that people sometimes regards weakness and mistakes as inability. As repulsive to such way of thinking, he became aware that there was beauty in the imperfection. He presented how WERK was created and how he chose ragged materials for the magazine, which he likes to use camomile paper for expressing anti-design. He is humble person, and the presentation was very interesting one.

At the 2-day conference event, it was worthwhile to hear from not only Tokyo-based speakers but also various magazine creators. Thanks to +81! It became a valuable experience to share each idea and thought on magazines.
The conference was held working with the latest issue “+81 Voyage”, which you can explore and understand more. Hope to meet at the next conference soon!