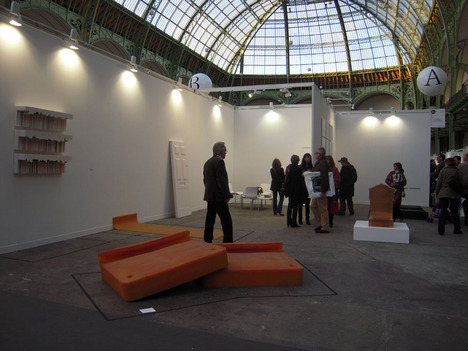 Even though exhibitors lamented that a work by Richard Prince was sold only at 750,000 dollars, which could be the half price if sold a year ago, and even though Luhring Augustine Gallery where held a beautiful solo exhibition of Rachel Whiteread has sold only a piece, the result was each participating gallery was satisfied in the show, which would meant each gallery approached FIAC 2009 with an effort in the quality and price. 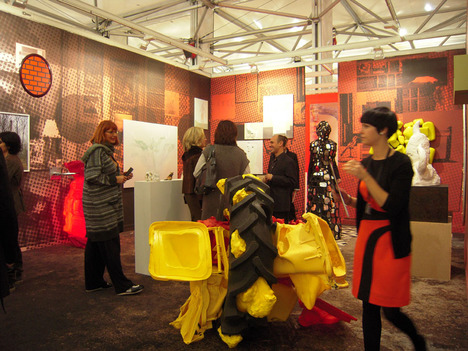 The striking example was Galerie Alain Gutharc in Paris, which asked Christian Lacroix, known also as a contemporary art collector, to be their curator showcasing quite unique booth with distinctive atmosphere which you never view in the usual art fairs. 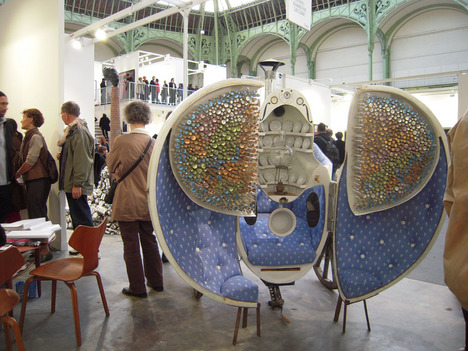 Another highlighting project besides Modern Project that brought a new breathe to FIAC 2009 was that 14 young galleries in Europe realized to participate in FIAC 2009 sponsored by one of the major exclusive department store in France Galeries Lafayette. Granted 4000-6000 euros, each gallery showcased the exhibition and Carol Bove was selected among them. The artist was pledged to buy out the art work and to hold an exhibition at Palais de Tokyo during the same period of FIAC 2010.

Overall FIAC 2009 was achieved as a good art fair with efforts by participants, except for there were less outdoor exhibitions at Jardin desTuileries and there were difficulties for buying and selling art works that value between 100,000 euros and 1 million euros.