New York City became a lab for creative expression the weekend of September 17th – 20th. The reason for this experimentation was another edition of the Conflux urban psychogeography festival. Psychogeography, a term coined by Guy Debord, is a practice that looks at ways to explore and subvert how society perceives urban spaces. Now on its sixth year, this gathering of artists, technologists, theorists and urban pranksters organized by Glowlab, and in partnership with NYU’s Steinhardt School of Culture, assembled 40 workshops and 75 projects in the different boroughs of New York.

Projects ranged from performance happenings to DIY high tech installations in urban settings. Among the highlights were Jamie Allen’s Robo Poems; a series of boxes with customized electronics that blasted sampled poems into the sidewalks surprising pedestrians. 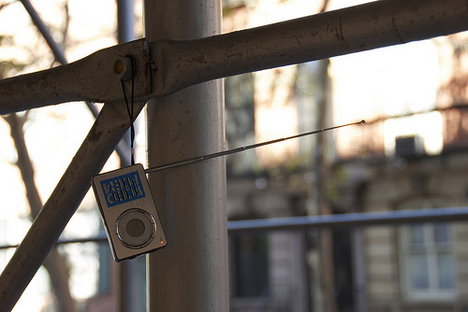 The Urban Disorientation Game resembled a kidnapping were participants would be blinded and dropped in a remote part of the city with the mission to find their way back to the Conflux gallery space by foot. 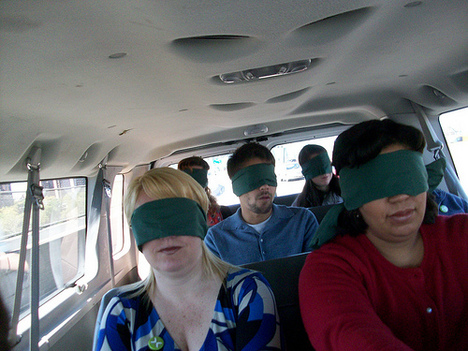 The Thumping Guide to New York showed how to make a beat with city infrastructure. 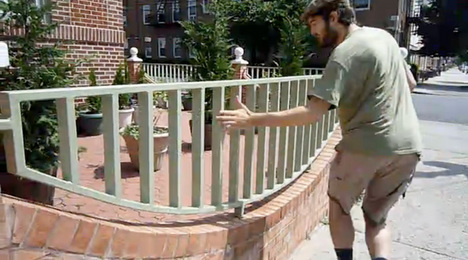 The Urballoon was a giant helium balloon with a video projector that projected user generated content into Tompkins Square Park. 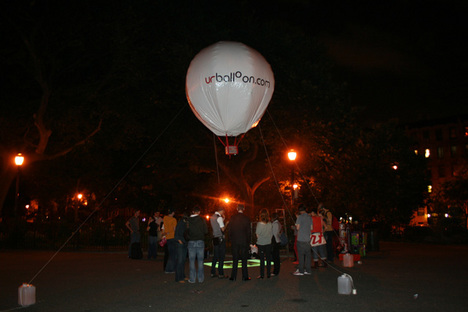 Festivals like Conflux help us reimagine how our urban spaces can be experienced and shared by its citizens. We look forward to Conflux 2010 to keep this creativity alive.