“Landscapes that are just there”, which make an impact on the memory.

Yoko Kawamoto is an illustrator who is a self taught painter that started to paint in the end of the 90’s. Up to now she has explored her career through presenting her works at exhibitions nationally and internationally as well as working on her own work-collective book, cover art for CD’s, etc…and she is now ready to showcase her oil paintings, which have been completed over the past 3 years in her solo exhibition “for the present” which is being held at NANZUKA UNDERGROUND from May 16. 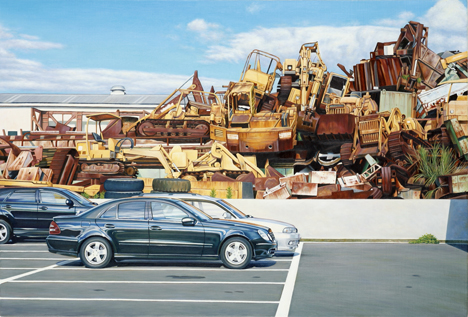 Born in Oita in 1967, Kawamoto started to paint after she quit her job. She then started her artistic career wherein she won a prize in a public competition in 1988 organized by Illustration Magazine. Since then, she has kept painting continuously; as if she took a boat rocking in the water, drifting with the tide to go on a journey to paint from one place to next. 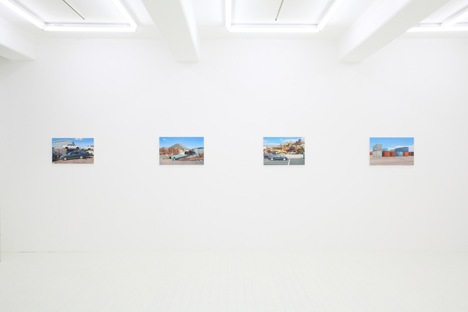 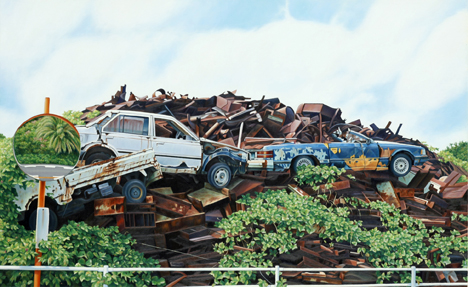 “I like things that are just there unnoticed by all.”
As Yoko mentions above, the subjects she paints are consistent with desolate places where you have passed once in your life; unintentional sceneries that you have seen in your every day life but with some forgettable motifs like scraps, discarded cars, warehouses, animals and figures.