“There is something beautifully musical in the flow of Murakami’s writing that mirrors our own passion for and inspiration for music”- Daniel Hampton, co-founder of Hruki

Hruki (derived from the name Haruki, with the ‘a’ dropped) is a young South African-based clothing brand, inspired by the famous Japanese writer and translator Haruki Marukami. “Murakami creates such strange and surreal worlds, and yet he manages to retain a pop sensibility strong enough to suck just anyone into his head. It’s a mix of hyper-imaginative weirdness and mass appeal that we are trying to reproduce in our pictures,” says Daniel Hampton. 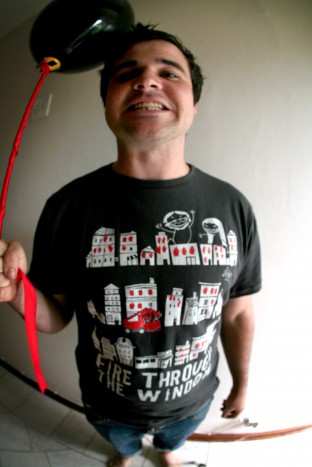 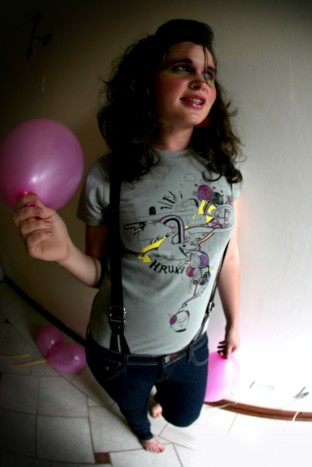 The creative forces behind Hruki are a brother and sister duo, Daniel and Mary-Ann Hampton from Amanzimtoti, South Africa, on the southern coast in Kwazulu-Natal. Dan studied Economics and Mary-Ann earned her degree in Fine Art; both studied at the University of Cape Town. These siblings started Hruki in September 2008. With a warming response by the public, their fan base has since jumped nationwide.

Dan says their designs can be described as “mostly beasties: some are furry, others are not. They are inhabitants of mysterious lands”. The designs of the characters in their little stories are somewhat daunting, dark and at the same time playful and eerily beautiful, whether they are merely an expressive illustration or a representation of their favourite band or artist. 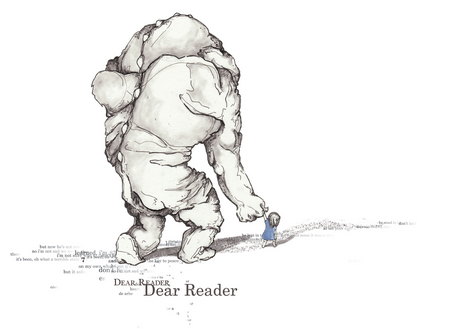 They recently had their launch in Cape Town city last April, where they featured a line-up of emerging South African bands that are currently fuelling the brand’s new design range. Mary-Ann designs all the t-shirts and sometimes works with her favourite bands before executing a design that best represents them. Their musical inspiration mainly derives from local South African bands that perform an array of genres including rock, indie, electro and folk. For now, they are only creating t-shirts but plan to extend their clothing to other garments and street wear. Dan is particularly excited about creating a range of underpants next (I guess there’s nothing like having a “beastie” between one’s legs!).

They have an amazing website, where you can check out their designs and buy your Hruki t-shirt. The site was designed by the Hamptons’ older brother. Dan said they “liked keeping it in the family.”

From electro, rock and neon lights to creepy beasts, giants and spooky nights, Hruki represents the fantasy worlds of those drawn to the mysteries of the dark and unknown and the very experiences that inspire them.