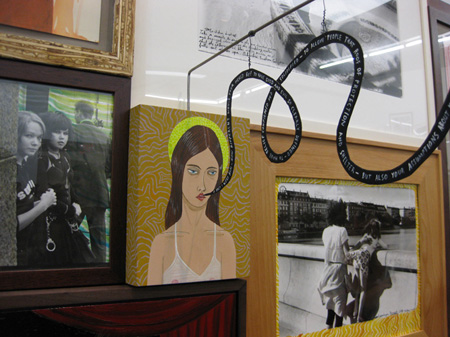 Culver City is located north of Beverly Hills, south of L.A.’s downtown. From the city you have good access to Santa Monica or Venice. A big promenade is planned to be built around the area at Washington Boulevard with many shops, a movie theatre and restaurants. And with art galleries and nice cafes lining the area, we can expect more local development in the future. 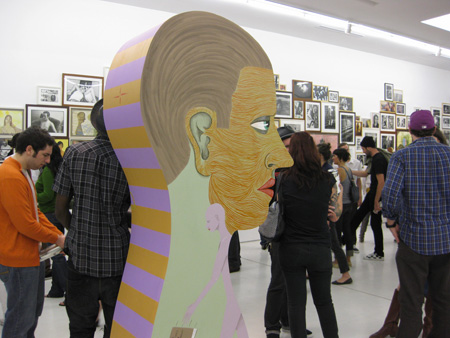 Located in Culver City, one of the galleries, Roberts & Tilton has recently hosted Ed Templeton‘s exhibition “Map Of The Inner War” starting on Nov. 15th. The opening party was held on Saturday night. When the party had started, there were more than 200 people including Aaron Rose director of the film “Beautiful Losers” and also Salman Agah, a pro-skater. 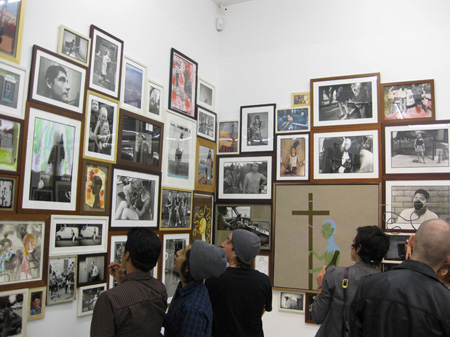 Starting as a pro skater in the US, Templeton has since established his own skateboard company TOY MACHINE and became art director of the company, in1993. His lifework was introduced in a documentary short film “Deformer”, directed by Mike Mills. He is a newcomer in the art world of the West Coast and was seen in the film “Beautiful Losers”. 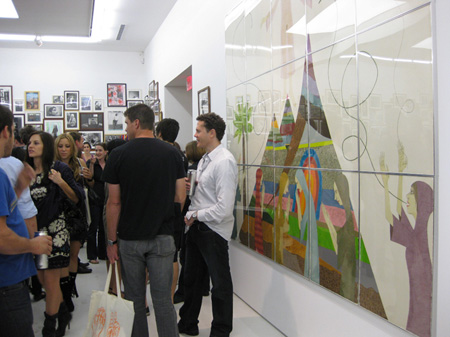 Going through the gallery, a number of his pieces caught my eye. There was a collage of pictures, paints, drawings and sculptures. These new works, numbering over a hundred are on the walls. 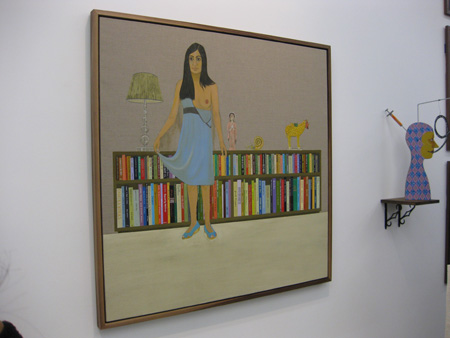 On his art work, he depicted people around him, represented his real life with his wife drawn and sometimes made himself a main theme of the work with his eroticism and scratches by skateboarding. His distinctive artwork overall was exhibited in a positive way and he creates his own world.