A lot of metropoles seems to have some street art: New York, London, Paris, Sao Paulo, L.A and also Berlin. But lately Berlin has attracted attention to international street artists since the reunification of the city in the nineties making it one of Europe’s street art strongholds. 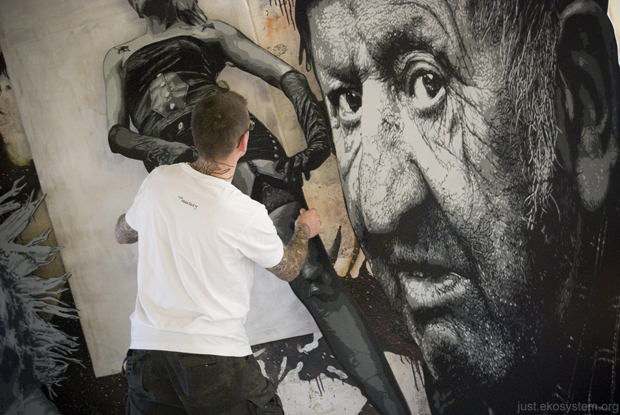 “Urban Affairs” is a exhibition of Urban Art with one of the most interesting showcases of more than 25 international artists in this context. Jochen Kuepper (riot arts) originally from Cologne is one of the initiators and curators of this ambitious project, which tries to contribute as a alternative platform for backjumps or planet process, both bigger but also more established festivals of street art.

In a short talk with him, I figure out the difference between street and urban art: The works in the streets are called street art and those in the galleries or in exhibitions should be called urban art. 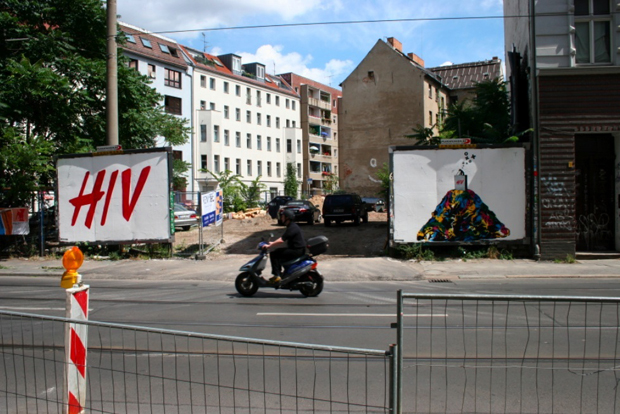 With “urban art” street art gets into the realm of commercial art business. Street Art becomes partly mobile, detachable from its surroundings.

Not only contemporary art is interested in urban art, but also design. Thus it is not strange that also some people from the “NIKE-Design-Team” were trend scouting in the exhibition itself, which is in a old beer brewery in the an area between Friedrichshain and Prenzlauer Berg.

When you arrive at the brewery you will see some street art at the walls of the brewery. 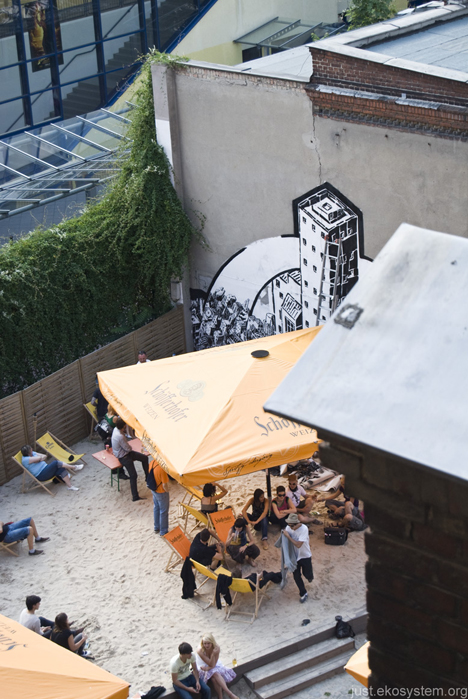 Then you go through a inner garden where in summer you can have nice dinners and coffee outside. 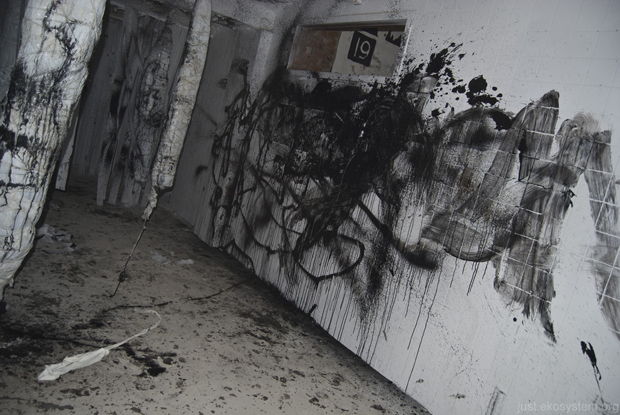 Going upstairs seeing some studios, ateliers or just unused labyrinth-like spaces you will arrive at the exhibition room of “Urban Affairs” 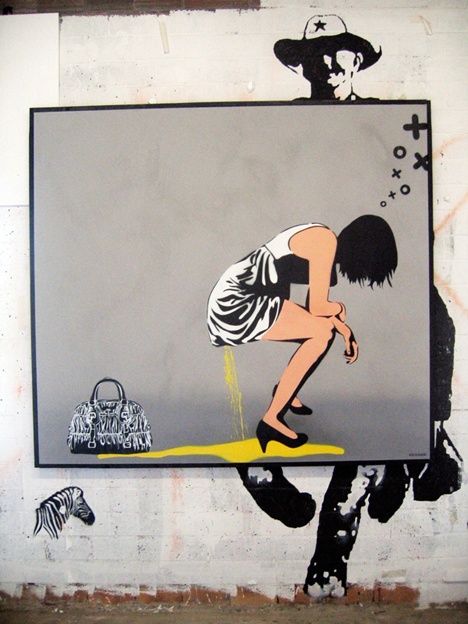 One of the participianting artist is famous XOOOOX, who has also a solo show (17th of July – 10th of September) in CIRCLECULTURE GALLERY at Gipsstrasse 11 in Berlin-Mitte. XOOOOX is also cover art designer of SHIFT for July 2008.