While the street art has been getting an attention in worldwide, its big wave is definitely surging in Berlin now. This can be demonstrated by the fact that there are so many street art related projects going on around this summer in Berlin. One of those is “Urban Affairs – Streetart and Urban Art Exhibition“, which will be taking place in Friedrichshain, a Berlin’s cultural center, starting from July 5th. Over 40 street artists all around the world, mainly Europe, will gather for their participation to the comprehensive exhibition of the street art. Xoooox is one of the remarkable participants of Urban Affairs, whose work style is recognized with his use of tags combining letters “X”s and “O”s and girl figures from magazine clips, which can be found on the street all around Berlin. Xoooox reveals his story on his creation of the street art. 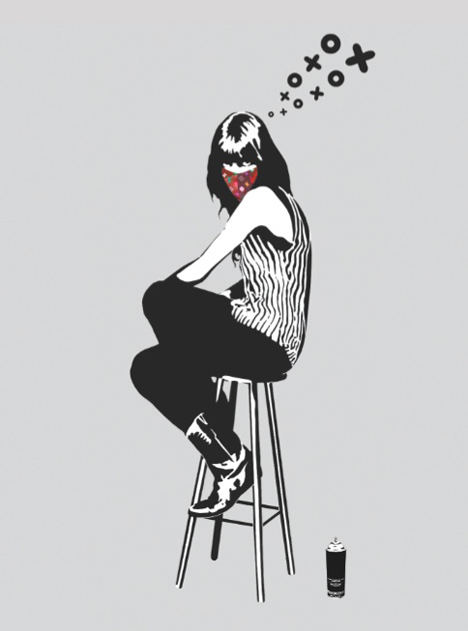 How do you pronounce the name “Xoooox”? How does everyone call you? Where did the name come from?

For me it is simply xox but the most people pronounce the o’s like in google. I choosed the name for its purism and symmetry. It can be switched, reflected or mirrored but it always remains xoooox. There is a huge space for interpretation. Its simple and noncommitted like a strong mind which do not allows the influence of anything.

How did you start drawing in the current style? Could you tell us about the background? Where have you been based?

My background is the classical graffiti style. In 1999 I had a job where I had a card that gave me access to a photocopier, that’s when I began to experiment. Everything I had in my pockets I photocopied and pasted them together in a collage. 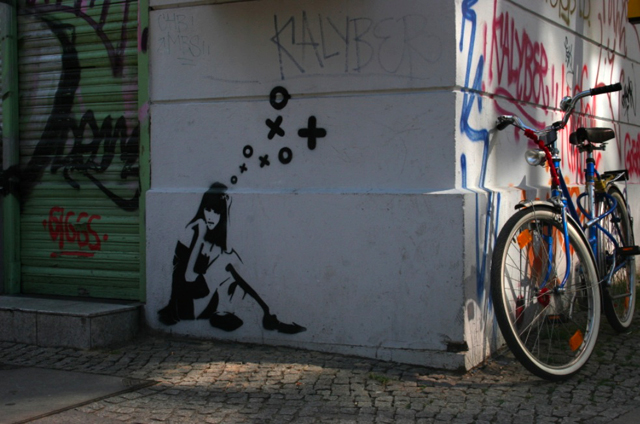 Please tell us about your works. Girls/women and their fashions are often seen in your works, and because of it’s daintiness I have had an impression the you are a female artist. Could you tell us the concept or the reason you choose those objects?

I think the biggest influence is that I mostly grew up surrounded by girls and a lot of fashion magazines. It was more interesting to hang out with girls than boys. I like the way of sensibility for everything that women have and the way to wear cloths. It is a big clever game they are playing every day. Their wardrobe is a big arsenal of weapons. It is a homage for women, too. 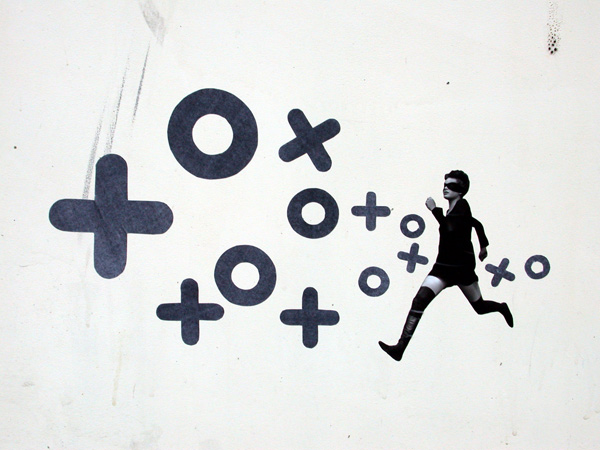 Could you tell us about techniques you use?

I started with doing collages approx. 1993 because I had no computer and I wanted to do some more graphical stuff. My parents cellar was my little studio and it was filled with hundreds of fashion magazines like VOGUE, elle, Harpers…. so I grapped some of them and started to cover the wardrobe with cut outs. The first works in the streets were pasted until I switched to stencils because it is quicker to put them up and they last longer. But I am still working with paper collages.

You are going to participate in the exhibition “Urban Affairs 2008”. Could you tell us about it? Do you have any plans for this exhibition?

The environment where the exhibition will take place is fantastic. It is an old crappy brewery factory hall which is perfect for exhibit this kind of works. There will be over 30 artists mainly from Europe. Maybe I will combine my stencil work with installation.