The Turner Prize started in 1984 at Tate Britain, London. And now it is one of the most important art prizes in the world. The original goal of this prize is to “show new art culture to ordinary people”. Every year, the recipient of this prize provokes the world’s admiration and plenty of arguments. The exhibition, History in the making: A retrospective of the Turner Prize is held at Mori Art Museum, Tokyo, from 25th April, 2008 to 13th July, 2008. This is the first exhibition which shows works of every recipient of the Turner Prize.

At the entrance, the paintings by J.M.W.Turner, A painter whom the Turner Prize is named after, welcomes the audiences. And once you enter the room, the gallery is filled with an exciting atmosphere emitted from the recipients’ art works.

The first section of the exhibition is the works of 1980’s, when the new movement was coming up around paintings and sculptures. The first recipient of Turner Prize was the painter, Malcolm Morley. We can see his vivid work Farewell to Crete (1984), and a lot of other works by the artists who have been hailed by the world.

Among those, there was a work gathering people’s attention. A big photographic piece by the recipient of 1986 Turner Prize, Gilbert & George, DEATH AFTER LIFE. (1984). They describe themselves “Living sculptures” and have been doing many different art performances all over the world. DEATH AFTER LIFE. is a big work made by combining panels of painted photographs. The work reflects the social background of London at that time and it is passionate and pop. The audience was stuck in front of their work.

In the 1990s, Video equipment started to spread in the public. And many video artists won the Turner Prize. Gillian Wearing filmend policemen just sitting there without moving and filmed it for 60 minutes. (60 Minute Silence, 1996), Or filmed a fight between a mother and her daughter and rewinded it. (Sasha and Mam, 1996). In Douglas Gordon’s works which put 2 screens parallel, Confessions of a Justified Sinner (1995), we see various editing techniques. Seeing these works, we can trace the new movement of art using video in late 1990s. 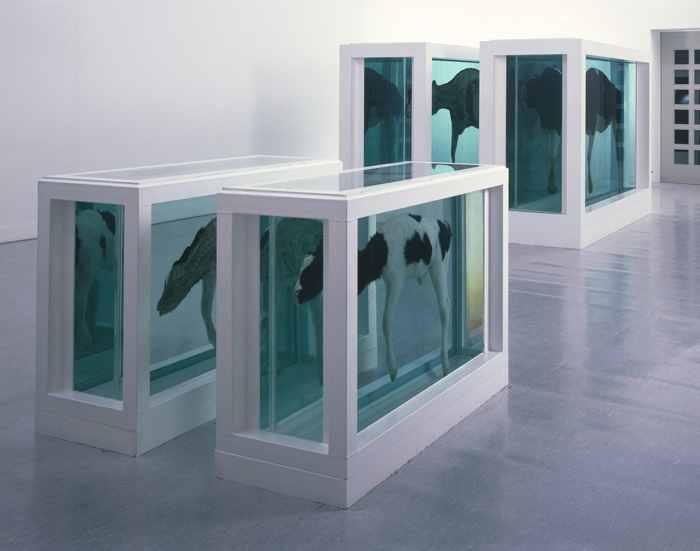 And one of the features of this exhibition, Mother and Child, Divided (1993) by Damien Hirst. This is the first time it is exhibited in Japan. Hurst divided the cow’s body and preserved those in formalin. When he released it in 1993, it threw the world into consternation. And it is the important work as a trigger that made ordinary people be interested in contemporary art. Even after a decade, this work still impacts the world. People were coming to see this work one after another, gathering around the piece, and talking about it. In this exhibition, the audience can walk through between the divided cases. This is a famous work and we can see it in the photographic collections everywhere. But there is an impression you can get only when you see it in real world. If you are interested in this work, you should go to see it. 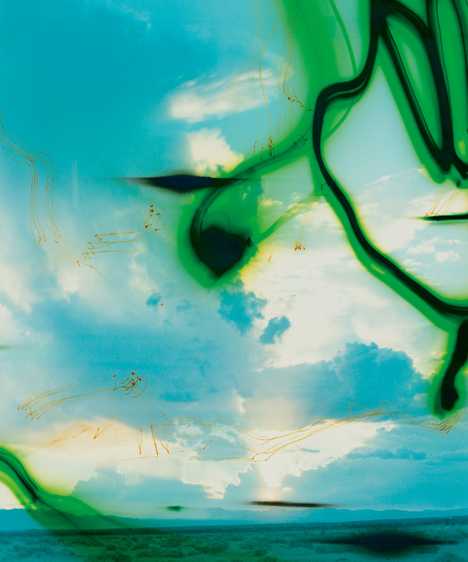 Wolfgang Tilmans, ‘I don’t want to get over you’, 2000, Courtesy of The artst and Maureen Paley, London

The first recipient of Turner Prize in 2000s is the photographer, Wolfgang Tillmans. His works are also famous in Japan. His way of displaying is original: casually pin the works on the wall. By its way, the whole corner becomes one art work beyond each picture and stimulates audiences’ own senses and their memories. In this show, we can see many of his famous prints and his photographic collections and magazine works.

Now in the 2000s, artists keep spreading and expanding on the ways of creation and the works they make. For example, Martin Creed’s Work No.227, The lights going on and off is the art work that is shows the light of an empty room, going on and off every 5 minutes.
After we finish tracing all of the works, we can watch a 5 minutes movie showing a gorgeous aspect of the Turner Prize.

Turner Prize has been finding new arts. When you go to this show, you must be surprised that Britain is very magnanimous for the art. And all of the works in this show are really rare to see in Japan. Enjoy a 20 year history of the frontier of art.