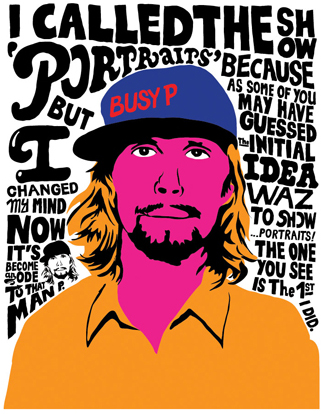 ED BANGER
This month, famous French music label ED BANGER is front row at colette: Starting June 2nd, exhibition on the ground floor of 22 Busy P. “portraits” by SO ME, after a stop at the Toronto Studio Gallery.
Initially announced in May, the latest compilation “ED rec vol 3” will finally be available June 9th. 200 first ones who get it at colette or on Sold Out will get the SUMMER 08 ED BANGER RECORDS tote bag with exclusive design by SO ME. 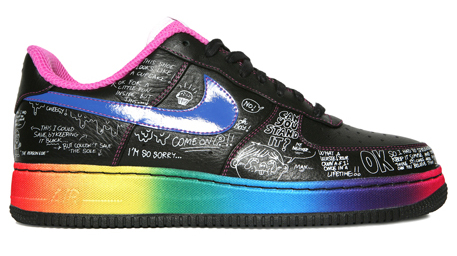 Finally, this is THE sneaker of the year: NIKE AIR FORCE 1 x BUSY P. aka a conflict between the right foot and the left one (So Me against Busy P) on top of a magnificient rainbow sole. A collector soon to be priceless, available at colette starting June 16th. 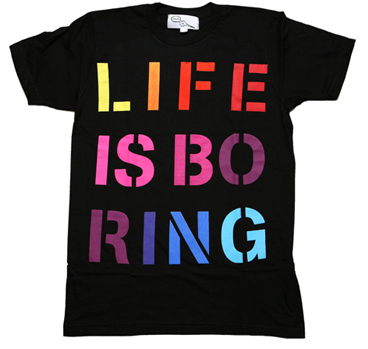 “Life is Boring” T-shirt by Andre & Just For You
After opening the show for Daft Punk in Japan, touring with the BabyShambles, dancing with Lou Doillon in their “Somebody Somewhere” video and impressing Bloc Party‘s Kele, Cazals is also now on this “Life is Boring” T-shirt by André & just for you.
Their album, “What of our future” will be released on the Kitsuné label, next October in France. 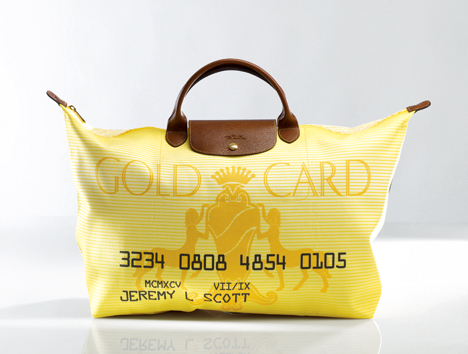 Jeremy Scott’s Gold Card
This season again, Jeremy Scott treats us right, with his work on the notorious Longchamp Pliage bag. This time, you will be all set for shopping sprees with the girls or a five-star week-end: this edition puts it all out there since printed of an XXL gold credit card, signed by Jeremy Scott, obviously! 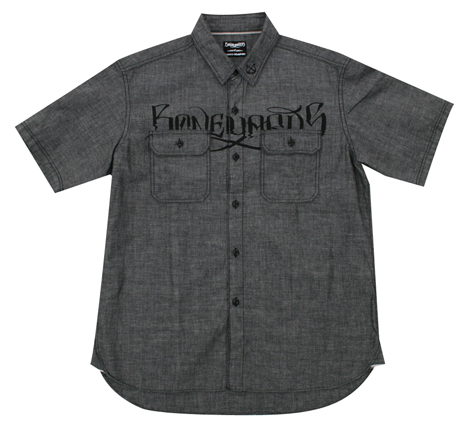 “Boneyards” by Stussy and Neighborhood
Stussy and Neighborhood worked hand-in-hand on the “Boneyards” project: a complete collection with loads of printed t-shirts created by artists such as Mister Cartoon, Jon Hall, Juan Puente, Robert Abeyta Jr, Estevan Oriol.. A tribute to the secret surf spot in San Pedro, California. June 21st at colette and be ready for Nike’s Blazer Premium. 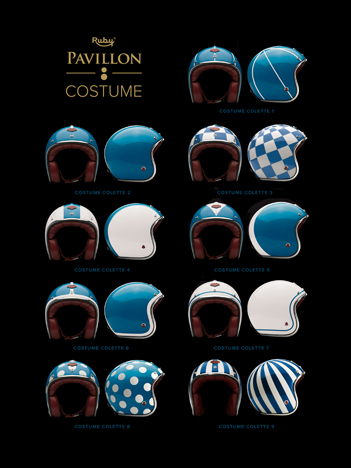 “Costume” by Jerome Coste
After revisiting classic helmets aesthetics, Les Ateliers Ruby by Jérôme Coste have a new project titled “Costume”. Customize your very own helmet among 4000 combinations, and starting June 22nd, find out about 9 projects around the famous blue “colette”.