New York has just held it’s First International Photography Festival in the United States and despite arriving jet lagged from a vacation the night before I managed to catch the last day of the event. The 3 day festival was held in the iconic neighborhood of Dumbo in Brooklyn and celebrated many areas of contemporary photography to appeal to the more than 100,000 visitors that were expected. For me it was a brief chance to see some amazing work by photographers that are both widely known and exhibited as well as those that are up and coming in the field all in one place. The photography itself was organized in a way that made it very easy to digest the huge amount of work on offer. 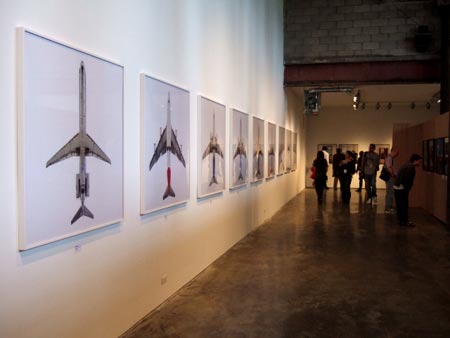 New Typologies showcased recent documentary photography, shown as an “essential device” in it’s ability to bring clarity and understanding in an increasingly complex world. Several different photographers were featured, each with unique approaches to the notion of documenting the world around them. 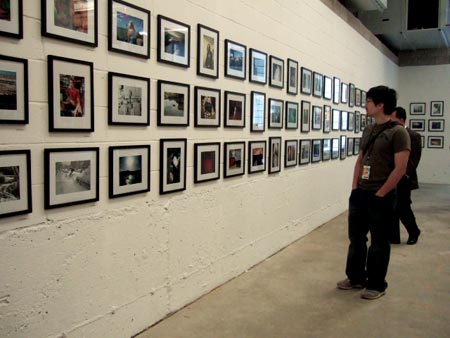 Various photographs, my favorite part of the festival featuring a wide range of photographers, “where wildly disparate images are shuffled, sequenced, and simply presented”. Here the viewer was shown a mishmash of different photographs that are arranged very sporadically without an overall theme or narrative. The result however formed a very compelling and comprehensive body of work telling many different individual stories from each photographer.

Chisel; curated to show how photographers can use the tool of photography to express different ideas and ways of working. It poses the question; “Can a photographer lay down a gesture the way a painter does?”. This part of the event features several artists’ whose unique approaches were said to take them beyond what we conceive as photography by making them painters, sculptors and alchemists. 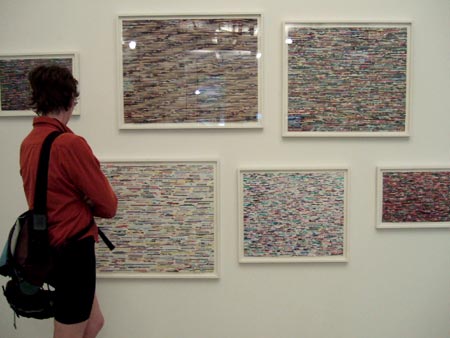 The Ubiquitous Image was a fascinating look at how artists’ re-use existing imagery to create new works of art. Their images starting life as Flickr sets, found via Google or re-purposed from newspapers and magazines. Penelope Umbrico who started a project when she found 2,303,087 pictures of sunsets searching the word “sunset on the Flickr site. Joachim Schmid whose beautiful striped collages started life as catalogues, posters, calling cards and other printed matter. These were then shredded and painstakingly repurposed and reassembled. “It is much more interesting to use these existing images and work with them than making new photographs”. 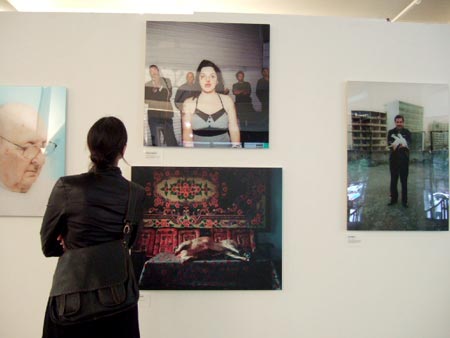 In addition there were also many other components to the event. Satellite shows with additional supporting work, I liked the Portraiture collection the most which was put together by Getty Images.

There was also a body of work by the acclaimed VII agency whose members include many of the best photojournalists in the world. PowerHouse books who have an amazing collection of photography publications in their flagship Dumbo store (I can spend hours just looking there!). And a host of featured artists who held discussions and gave valuable insights into their work. 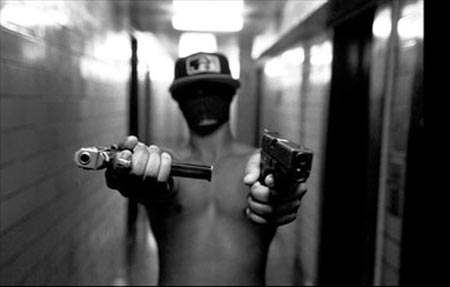 Despite making the last day of the event I forgot my jet lag and came away refreshed and inspired, I even bought a print by Boogie, one of my favorite photographers – looking forward to the next event!