c.neeon is the name of a berlin based fashion brand duo of a textile designer Clara Leskovar and a fashion designer Doreen Schulz. They work together since 2001 and founded their label in 2004. Their style of clothes is a mixture of cut-up high eleborated surface textile design, German sharpness, neo pop art and elegant street wear. 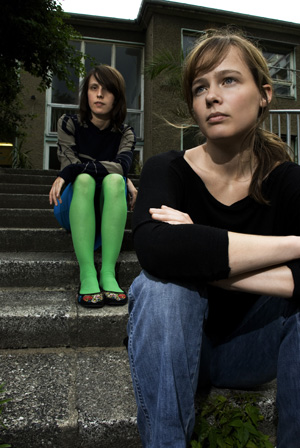 In 2005 c.neeon was invited to the 20th ‘Hyères Festival International de Mode & de Photographie’ in France where they won the ‘Grand Prix’ of the festival. In the same year c.neeon participiated also at the fashion exhibition “moDe!” at Hillside Terrace in Daikanyama (Tokyo) during the German year, which represented a new generation of German fashion designers. They have done a collection for Topshop and have been showing at London fashion week. In 2006, the German museum of decorative arts showed the exhibition ‘In Sachen: c.neeon’. 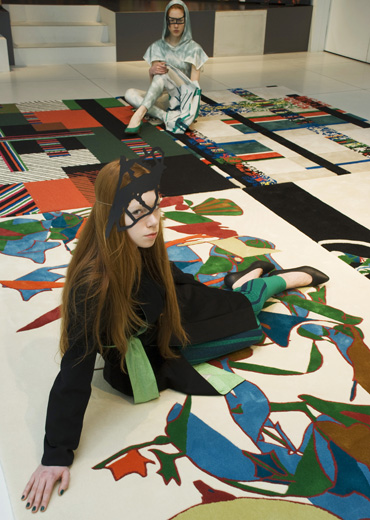 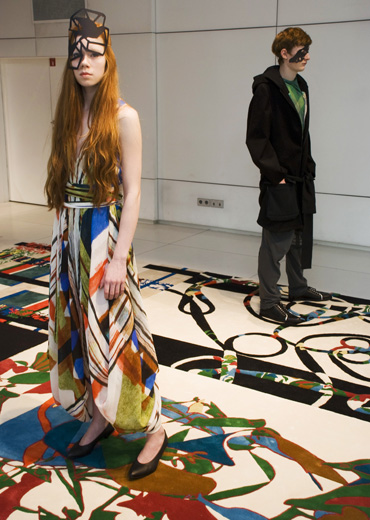 Where do you get your inspiration for your clothes?

Clara: As we have both studied at Kunsthochschule (= art college) Weissensee-Berlin we are quite influenced of the architecture and fine arts from the Bauhaus era, but also from the Viennese Workshops and Art Deco, russian Constructivism. Ah and we like also the artwork of Sonia Delaunay-Terk, because of her nice color patterns.

Doreen: You know our school was very interdisciplinary, which is a model also from the Bauhaus itself. It is the reason we work together now. We had the same courses. 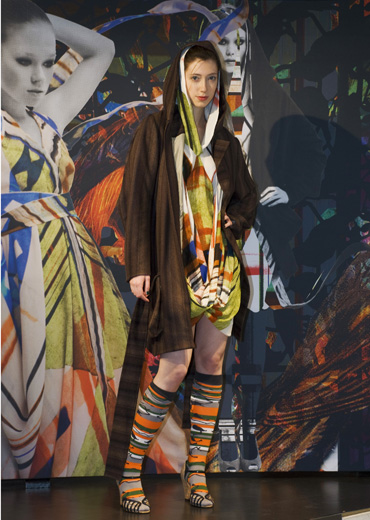 How do you work together?

D: Clara does the textile design, this means all the fabrics, their prints and surface design and production. I do the design of the clothes, means the cutting and sewing.

C: But we do also a lot of the conception and the final design together.

D: The form influences the surface and the print and vice versa. Our specialty is that we only use our own prints. Most of the fabrics are multi colored and we put emphasis on our special surface/ textile design.

C: That is the reason, that we never buy fabrics with prints from other companies.

Where is the production?

D: We do the prototyps here. The manufacturing is partly in east Germany (Sachsen) and in Italy. We like high quality work and try to work with sustainable manucfactures and are against the exploitation of poor countries. 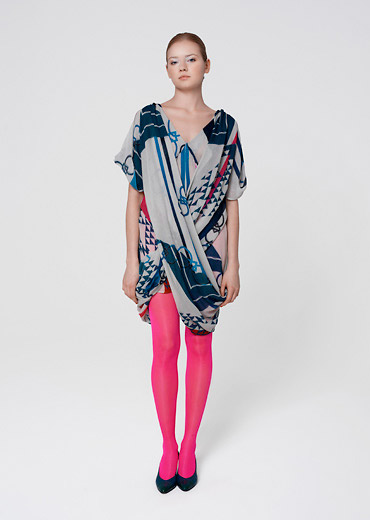 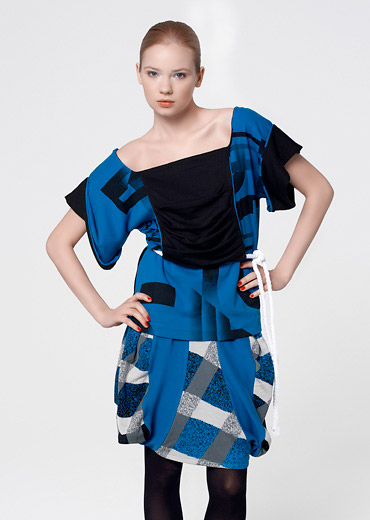 What is your own story of c.neeon?

D: As we told you earlier we studied at Weissensee. Which is our startingpoint. We were quite influenced by Eva Mücke, who was then Professor for fashion design. Eva was a teacher since 1981 and did a lot of fashion also in the former east germany.

C: She worked also for Sibylle, which was sort of a East German version of Vogue.

D: Anyway, we graduated 2004 with a final collection and worked on some more collections until we applied for the fashion competition, which we luckily won.

C: The Grand Prix of ‘Hyères Festival International de Mode & de Photographie’ is one of the best awards for young fashion designers in Europe. But it is not an award where you get a huge amount of money. It is more a great opportunity for emerging fashion designers. We got a promotion support for one year and we could do a collection for top shop, which is an innovative uk-based fashion retailer.