I write this article knowing this event from inside, cause I was invited to participate in this years edition. First of all I would like to say that its a brilliant idea to take art outside the exhibitions space and bring it to the street and to big audience. 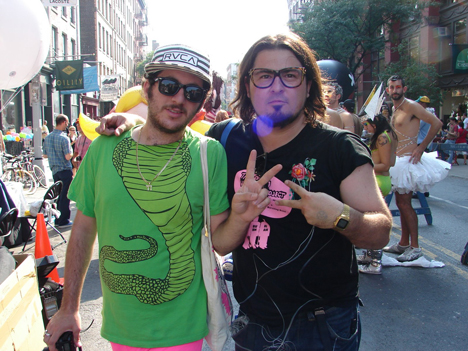 At this year third edition, the number of participants have being increased to almost the double. The Parade in the three editions have included artist like: Yoko Ono, Fischerspooner, Matthew Rodriguez, E.V.Day, The Scissor Sisters. The present edition included more than 80 projects and 700 participants. 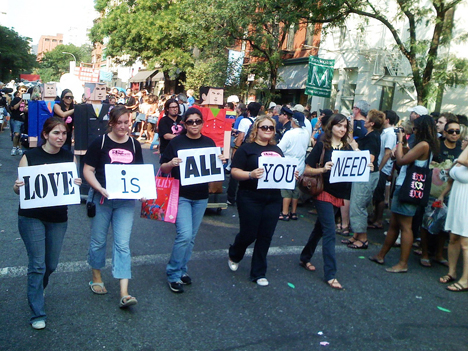 The parade day brings a large audience with more than 6.000 people following the Art Parade from Houston to West Broadway ending at Grand Street. 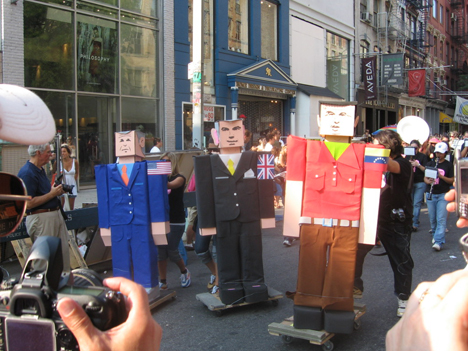 There is something that makes Deitch Projects different than the other galleries and art spaces in N.Y that is the great sense of humor and joyful way wich they present art to the audience. That is why is a pleasure to visit any Deicth Project event. 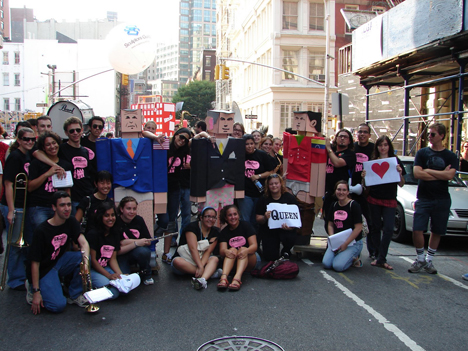 The Parade don’t have a closed theme and that is what it make it looks like a Dadaist march, mobile works, dancers, marching bands, performers.

I read at the N.Y Times that the Parade was an “official traffic stopper” and it certainly is. A great event, an Art Celebration a Party and one of the most refreshing events i have being envolved in my carrer.

We are already excited for see next year 4th edition of the Art Parade.