After I went down the stairs to the gallery, it, something black, suddenly appeared. It stuck out from the ceiling, and rested in the air. There were a set of plane pieces, which could be titled black over black, in the back. “Little Black”, held at NANZUKA UNDERGROUND from February 3rd to March 4th, is the latest installation by Alexander Gelman, who is one of the most influential artists now. 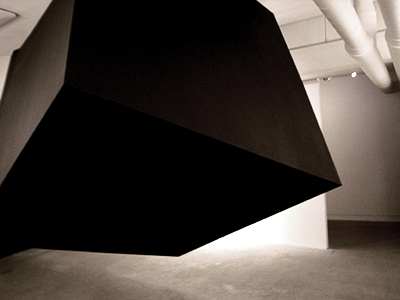 In the face of this, visitors must be excited. They’ll give it a long look, approach it or view it, a black object, as they like. It’s OK to lie under it. The black box, which cuts out a white cube with movement, brings us the joy of various senses with free frames for sight. It tells us with playing that these black is never the same. 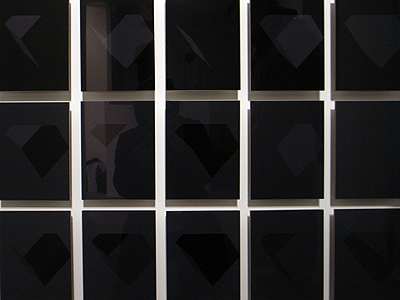 There is the difference between the black cube as if it would fly out and the delicate black expressed through graphics. I’ve heard this piece is “part of Gelman’s ongoing investigation into perceptions of weight and spatial dimensionality.” 3D figure gives the black an infinite spectrum while the continuous plane abstracts perceptions in the extreme. I walked around the gallery, and found 3D and plane gradually got complicated. Thus the darkness, which absorbed light and shouldn’t have color, came to have infinite gloss through varying light and repeat of exposure and shutoff. 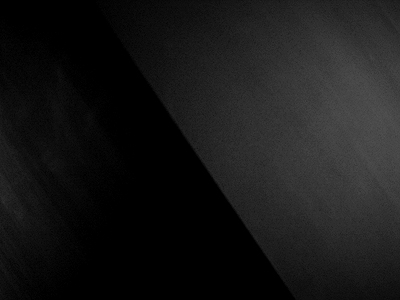 “I’m not looking to define or categorize this work as sculpture or a clash of pure forms, nor an experiment in perception or the irony as such. I withhold any verbal explanations. For me it’s about beauty…”, he comments.

“Beauty does not come from a object, but from nuances and contrasting between objects”, said Junichiro Tanizaki. Gelman can extract delicate “nuances” of interaction to imagine beauty. No need of words. There are only well-honed visuals, which suggest relationships between something and something.