Sonambiente Berlin 2006, the festival for hearing and seeing, was held from June 1st to July 16th and it generated an extensive network of events throughout the center of Berlin.

More than 50 internationally renowned artists exhibited their sound installations and film at the Akademie der Kunste, the Berliner Festspiele, the former Polish embassy, the Allianz buildings, which are standing on the Ku’damm and near by the East Station and Tesla, which is the residence for the sound artists. The public viewing was also held at the Sonambiente as it parallels to the football world cup which was opened from June 9th to July 9th. 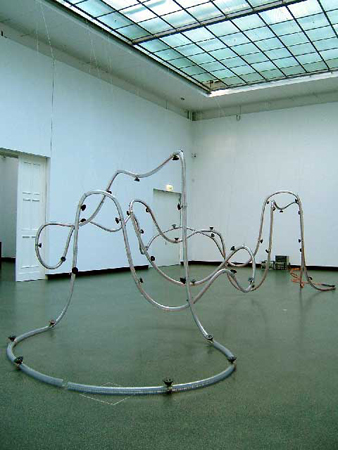 As an overall trend of this exhibition, I get the impression that many of the works in this show questions the very basic nature of music and sound installation. They are looking for the unsolvable answer that on how sound should be installed (included, embeded, stoled…) and sounded. The interpretation of the answer depends on each artists.

Some artists, for example, are trying to present the answer by playing the music with multi-channel monitors and speakers; Others by taking the outside sound and noise into their artwork. The exhibition fundamentally seems to suggest that the sound installation is something that should be experienced by viewers with their whole body and perception. 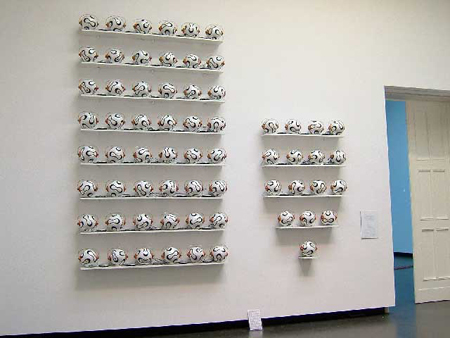 This exhibition changed my perception to the sound. For instance, the sound installation which was set up on the street that I always pass by made me to see everyday scenery differently and carefully. I was able to find the different meaning in the sounds of the city, which was excited to the world cup.