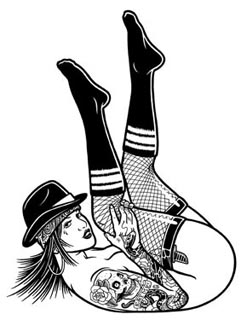 MIKE GIANT EXHIBITION: “VISIONS OF STRENGTH & BEAUTY”
American artist Mike Giant gets set to take over the colette gallery for the month of May (May 2nd – June 3rd 2006) as a series of his personal works, all of which have been designed with a trademark black Sharpies marker pen, encompasses the ideal of imaginary heroines in assorted shapes and forms. Charismatic femme fatale’s with a mission! And for anyone in Paris on May 2nd, don’t forget to pass by the store for the show opening with the artist in attendance.

ADICOLOUR BY CLAUDE CLOSKY FOR COLETTE
One of our favourite French artist’s is Claude Closky, a cool conceptualist whose thought process translates as cool in our books! For the world-famous Adicolour series created by Adidas, Closky created a limited-edition shoe especially with colette in mind featuring three simple squiggles reflecting the legendary brand’s trademark.

WESOLDOUT.COM
What more can we say? The latest buzz around not just Paris but across the world is wesoldout.com aka a website complete with a special selection of limited-edition products and collector items from the past and the present. We’re talkin’ toys, gadgets, trainers, apparel and more, all of which come with a nod of approval from La MJC and colette, who else? 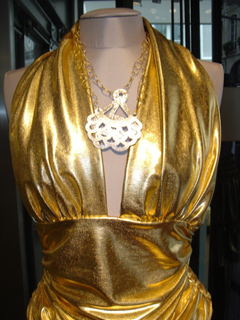 SHAOO ACCESSORIES
Created by two young Chinese designers, Shaoo is the latest leather accessory brand taking Paris by storm. From bracelets to necklaces, their innovative, laser-cut leather designs are produced in gold, silver, white and black and are cool with a capital “c”.