When the weather had got warmer from the unusually coldest season this year, Transmediale 06 was held in Berlin. Transmediale is an art festival in Berlin, which you can look out over the current media art. The venue this time was Akademie der Kunst moving from last year’s Haus der Kunst. Although the scale seemed little bit smaller than before, the hall was flooded with many people who are interested in today’s edgy media art as usual. 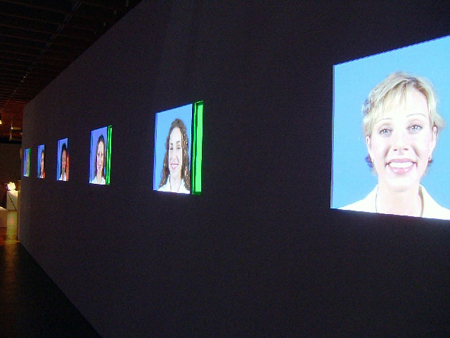 Broadly speaking, this Transmediale was devided into three sections; one shown on the screen, one shown at lounge all the time, and one shown as installation in the hall. There were also works by galleries, and the special exhibition “Smile Machines”, and artist’s goods in sale. In addition, another hall had Club Transmediale too. I will report here focusing on mainly about the exhibition hall, the special exhibition, and the award. 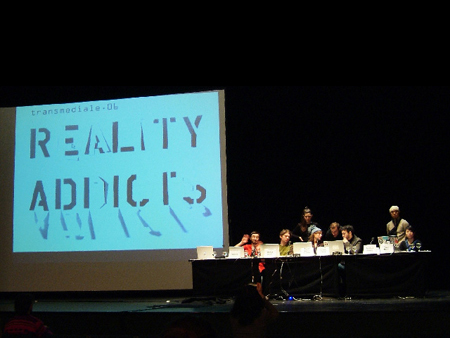 This year’s theme was “Reality Addicts”, which came from concepts of practical action for realities, and humor. 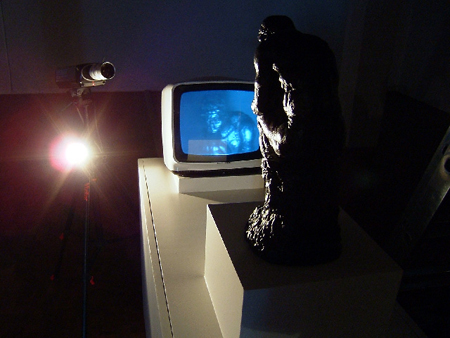 Based on the concept, the special exhibition “Smile Machines” started with “Video Rodin” by the late Nam June Pike who was called the father of video art and media art, followed by works by artists who established one age of humorous art like “I am an Artist” by Les Revinu and “Smile Machines” by George Maciunas. Then, other video works and interactive works were shown too. It was a great selection of the summary from today to the past, which told that Dada’s genealogy starting with “Duchamp” made many ways to express art, and in the tide, Fluxus”, especially Nam June Pike was the pioneer in this field. 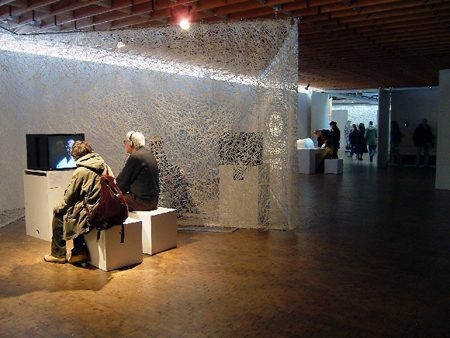 When I look back at Transmediale 06, however, I see that most of works in the whole venue were film works including the special exhibition. How much have the artists done with the field of media art in this several decades? It might be too early to conclude only by this Transmediale 06, but it could be said that there were artists who brought some expressions in the field of media art from other than fine art such as music or computer culture.