“Producing the most dangerous shows on earth”, as SRL (Survival Research Laboratories) state their motto on the official website really says it all. Just by looking at the pictures of their events, you start feeling a certain degree of unease as you look at the dramatic and war-like scenarios they create. 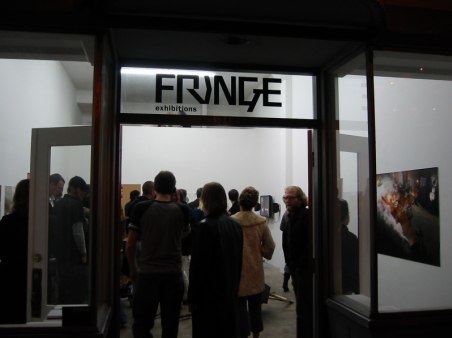 SRL has already staged more than 50 shows, most of them in the United States, but also in Europe, and Japan (Tokyo, 1997 & 1999). After their infamous show in Downtown Los Angeles in July 2002, they returned to stage the most insane spectacle I have ever witnessed in LA’s Chinatown. This must have been the closest I ever came to experiencing a true war-like situation.

There had not been any advertisement in the city or the magazines, and it was not before the day of the show that I found out through a friend who subscribes to SRL’s mailing list that it was going to happen again, this night on January 21, 2006 at the Chung King Court in LA’s Chinatown. 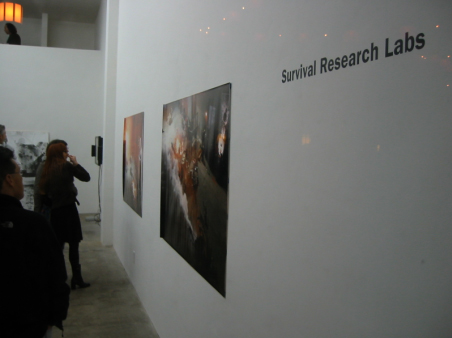 It was the opening night of the exhibition at the Fringe Gallery in Chinatown. Next to various pictures and sculptures/machines of previous shows, they had the screening of a documentary film on SRL and its founder Mark Pauline in the basement. He founded SRL in 1978 as an organiziation of creative technicians dedicated to find new ways of employing and combining various techniques, tools and industrial machines to create an interaction of fighting machines and robots. The fact that Pauline own hand was mangled in an explosion in 1982 shows the experimental approach and the degree of danger that Pauline exposed himself to when starting the group.

After several confrontations with the police in the group’s hometown San Francisco, SRL was used to being in trouble and the local newspaper even described them as “a local team of guerrilla inventors… They specialize in public spectacles in which remote-controlled machines clash violently, with uncertain risks to audience and crew alike…” (San Francisco Chronicle April 09, 1992). 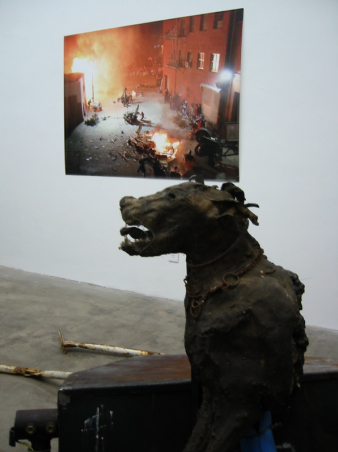 This being my first encounter with the unique concept of SRL, I was at first a bit shocked to see the footage of an event, being commented by Pauline by stating that he thinks no one should be trusted and that he does not want anybody to trust what SRL is doing. That certainly made me think and it was not much later at the show that I found out what he meant.