Designer’s Week began 20 years ago, in Tokyo. Last year, they hosted it in Osaka, Kyoto, and Nagoya as well. The fever has caught, and this year they Designer’s Week will occur in Sendai and Sapporo too! In Sapporo, the first Designer’s Week was for 4 days and brought us closer to “Design”. A participant could visit various design fields, like the offices of architects. You could also go to see exhibitions and take part in stamp rallies. 114 companies and shops joined the event. During the event, we enjoyed many design works of art and interiors around the town.

Shop Exhibition, I can say was the main event in Designer’s week. 15 interior shops took part in this project which included presentations and workshops. “Design Restaurant”, included another 14 shops that offered food which you could eat only during the duration of the exhibition. At “Design Flower Shop”, 16 shops showed their original flowerer arrangements, and the grand prix was elected during the closing party on the last day. 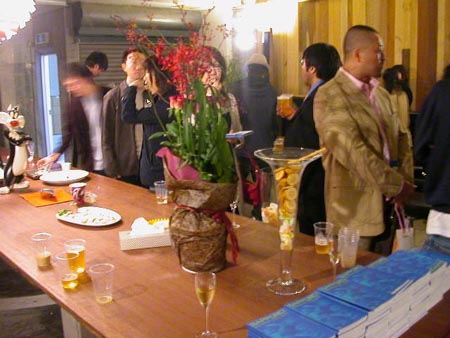 31 architectural companies and offices participated in the event. They offered cafe space in their office, and they also had a classic concert, in which architects played instruments in their atelier. On 3rd, Atelier Tenma, Moet Chandon, Tamayura held an open door party, and offered us a great chance to see many people. Without regard to age or sex, many people enjoyed the time. 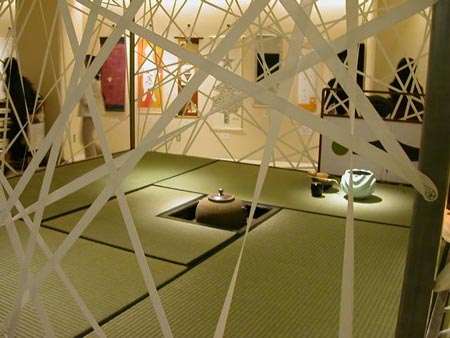 They made a teahouse in a gallery. In the teahouse named Kokoromi-an, they held a live flower arrangement demonstration, offered tea ceremony and had a lecture about food. In the gallery, hanging scrolls designed by graphic designers and photographers were shown. You could not only enjoy their works, but if inclined, you could buy them. There were many kinds of hanging scrolls with many creative and exciting ideas, one was three-dimensional, and a mirror was put in the other. I really enjoyed them. 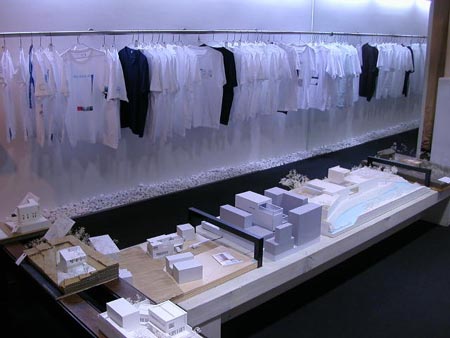 “UN40”, was composed of 8 young architects under 40 years old. They held an architectural exhibition at a corner site surrounded by edgy shops. They hung T- shirts printed with plans and buildings and offered a comfortable space with a casual atmosphere. On the 4th, they talked about their own works using a slide review.