“The Long Sorrow” is the first major personal show of the Berlin-based Albanian artist Anri Sala (Tirana, 1974) in Italy after being present with his work in three consecutive Venice Biennali in 1999, 2001 and 2003. 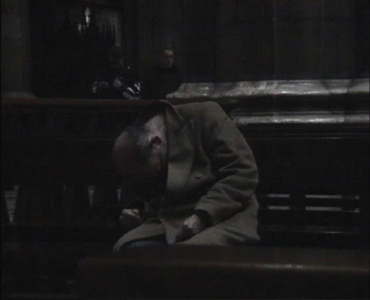 In the second of the three he won the Young Artist Prize with “Uomoduomo” (2001) a work displayed in this exhibition: an old man, half-asleep in the cathedral of Milan, repeatedly moving his head up and down according to an involuntary nervous reflex. A marginal and enigmatic character like the horse in “Time After Time” (2003), the animal stands still at the edge of a street in Tirana at night and only becomes clearly visible with the occasional passing of the cars.

“The Long Sorrow” is also the name of the central work of the exhibition. Produced by Nicola Trussardi foundation, the 13-minute new video shows a long solo performed by the American free jazz saxophonist Jemeel Moondoc. The musician, apparently suspended in the void from a building on the periphery of Berlin, is the pivotal figure for exquisite and simple visual compositions that include the surrounding gardens and palaces.

When the music becomes more energetic, the focus shifts onto Moondoc’s face: while mimicking conventional “live” music, documenting footage that emphasises emotions, tics and the physical intensity of the performance, the close-ups disclose a delicate formality: an almost abstract game of reflected lights and tiny gestures seen on the saxophonist’s face. 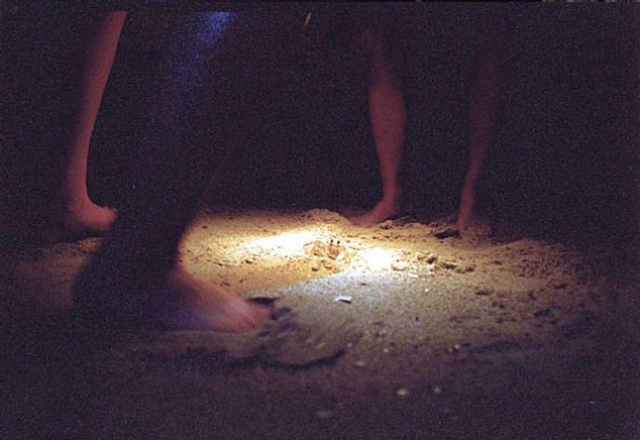 The show also includes “Ghostgames” (2002), a game in which kids chase crabs with flashlights on a beach in North Carolina at night, “Three Minutes” (2004), a cymbal of a drum-kit creates a stroboscopic effect reflecting the light of the spots while it is played, and various pictures. The work of Anri Sala immediately brings to mind political allegories such as social control, isolation and abandonment, but the use of repetition, stillness and unresolved narrative paralyses any literal reading. Anri Sala’s videos, with a combination of harsh lights and deep darkness, are sensuous formal successes that create a dream-like experience for the viewers.