The 32nd edition of the FIAC opened on Wednesday October 5th and closed on Monday October 10th. I was invited by Eric Dupont Gallery at the professional day, so thank you Eric, and thank you Sarah (his beautiful assistant).

The FIAC is an art fair, so here is the quantified assessment: 220 galleries from 26 countries were represented (115 foreign galleries and 105 french galleries). Almost a quarter of the participating galleries were new exhibitors (53 galleries). Over 500 international artists were present at FIAC, and more than 2500 journalists received an accreditation. A third of them from the international media (journalists from 49 countries covered FIAC). 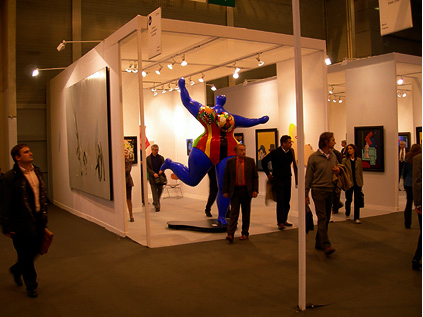 This edition was also marked by FIAC’s presence in the Grand Palais, making it the first fair to return to the Grand Palais since the building was reopened in late September. Several thousand visitors attended the four evening events organized by FIAC in this historic site. 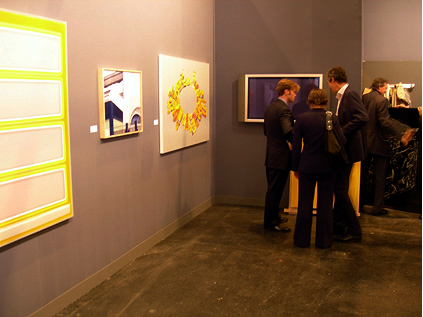 The overall volume of transactions is considered to be extremely positive by the vast majority of exhibitors, French and international alike, with a marked increase in sales with regard to previous years.

Among the sales reported by Galerie de France (Paris), a work by Zhang Xia Gong was sold to a private collector for 200.000 euros and a sculpture by Martial Raysse was acquired by a corporate collection for 230.000 euros. Galerie Henze & Ketterer (Wichtrach/Bern) reported overall sales figures totaling 2.400.000 euros. Galerie Art & Public (Geneva) sold 1000 red monochromes painted in China and presented by the Swiss artist Raphael Julliard.