In addition to being the DVD selector at colette in Paris, Australian writer Linlee Allen also claims her fame as the store’s ‘all-round groupie’. Having participated in the world-famous boutique’s range of events across the globe, whether it be performing in a radio show in Copenhagen, photographing guests at a party in Japan or being the first – and the last – one on the dance floor at a CD launch party in New York, she relates to the colette way of life and here, lists her favourite finds from colette for the Spring/Summer 2005 season ahead. 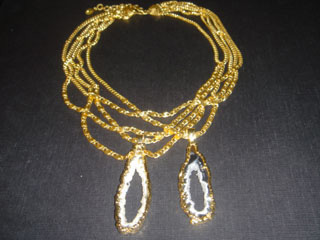 LIZ GOLDWYN JEWELLERY
This “it-girl” from Los Angeles can claim director, stylist and now jewellery designer among her list of claims to fame. We particularly love her selection of necklaces in 18 carat gold with exquisite quartz pendants. Truly luxurious and ultra-chic! 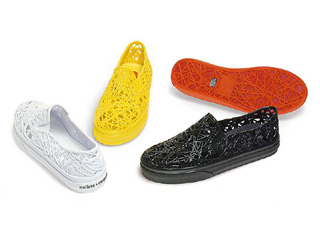 MELISSA AND CAMPANA BROTHERS FOR COLETTE
Brazilian brand melissa and the campana brothers have created a street-wise range of shoes especially for colette. Available in a rainbow of colours, the plastic designs are the perfect substitute for all die-hard sneaker freakers this summer. 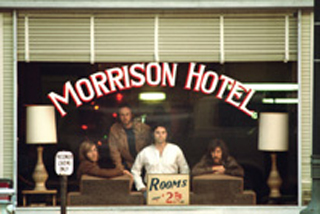 HENRY DILTZ EXHIBITION, MUSIC SHOW
Rock’n’roll photography has never looked so cool as legendary snapper Henry Diltz prepares to unveil his work in the colette gallery for the very first time in France. Featuring legendary portraits of musicians from the late 60’s and early 70’s – think The Doors, Jimi Hendrix and Crosby, Stills & Nash – this is, essentially, awe-inspiring imagery at its best.

MARTI GUIX FOR CHA-CHA BADGES
No matter what time of year, badges are always the coolest gift ideas and none moreso than the new creations by Marti Guixe for cha-cha. Choose from a witty line-up including statements such as “eh-designer”, “social artist”, “chef”, “permanent tourist”, “DJ” and “consumer”.