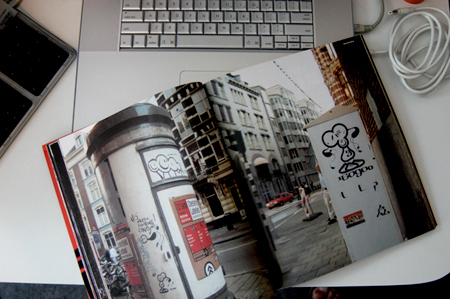 Not surprisingly, their distinctive series of characters ‘The Lads’ have found homes not only on electricity street boxes worldwide but also on specially commissioned ceiling murals, t-shirts and even basketball court pitches. Instantly recognisable, The London Police’s work has developed a dedicated core of admirers and fast-growing popularity. 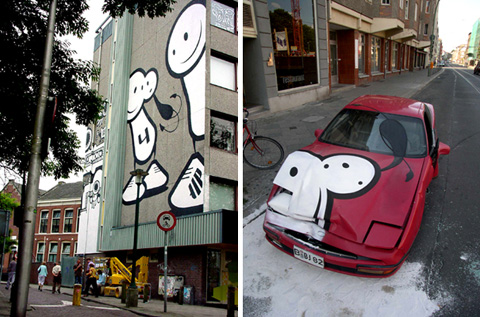 But is there a risk of moving away from the street roots of The London Police, as they become more of a commercial success? “If you speak a lot to one audience, you run the risk of closing doors to another audience. We often turn down projects because the wrong people come to us and they’re not serious about what we do. There is no advertising on where our things are sold and everything is done by us – including the website. We operate with people who understand what we do and who are friends, so for every commission that is paid, we are also just as likely to be doing something for free because we believe in it.” 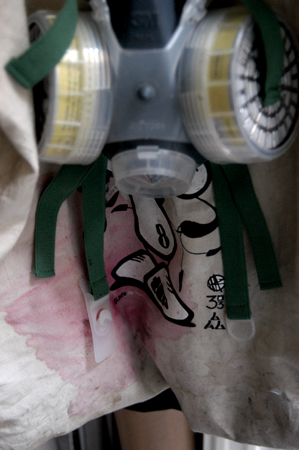 So why Amsterdam? “Well, Chaz and Bob are both from outside London and moved here to get away from big city life and it was a similar story for me too. I’m originally from San Francisco but lived in LA for five years. One day you just want to turn the volume down, Amsterdam is close to everything and it’s central enough as a base of operation. It’s smaller than many European cities, which was also a great way to launch our work. In London, it takes longer and it’s harder. So at the moment Amsterdam suits us really well. We’re always travelling around, seeing different energies and bringing them back here but it might be time to move on soon. Chaz is thinking about relocating to Berlin and I’m tempted by London. Bob will stay on in Amsterdam. We’re lucky that the three of us can move around and do things independently but still work under the common cause.”