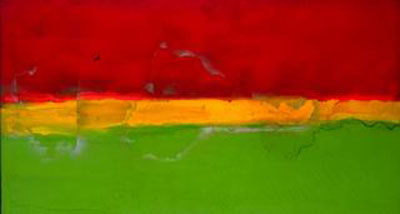 This year’s Biennale of Venice‘s 50th International Art Exhibition presents an “exhibition of exhibitions” called “Dreams and Conflicts”; The Dictatorship of the Viewer. From the 12th of June until November, throughout the spaces of the Arsenale, the historic Gardens of Biennale, the Correr Museum in San Marco, and various projects within the city of Venice to be included in the section Interludes, making it bigger than any previous Biennale Exhibitions. 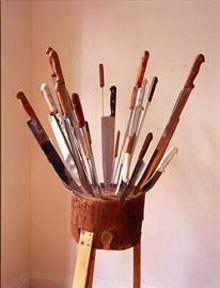 Many are the spaces and the exhibition’s places gives to the artists that came from all around the world. The city of Venice became a big plan yard, a mix of dreams, illusions and perversions works the previews Biennale Exhibition ever seen. Area of Exhibition includes: Visual arts, Architecture, Cinema, Dance, Music, Theatre.

Particular interest has registered ‘The everyday altered’ by Abraham Cruzvillegas, Daniel Guzman, Damian Ortega, Fernando Ortega, Jimmie Durham and Jean Luc Moulene. In that order, four Mexicans, an American living in Berlin and a Frenchman. These the artists invited by Gabriel Orozco, at this year’s Venice Biennale. They joke with the everyday elements they have transformed by their sensibility

Many other interesting works and projects such as The structure of survival, Delays and Revolutions, Fault Lines, Shadows among rings of air, Clandestine, Contemporary Arab Representations, and Israel, have registered a big interest by the visitors. 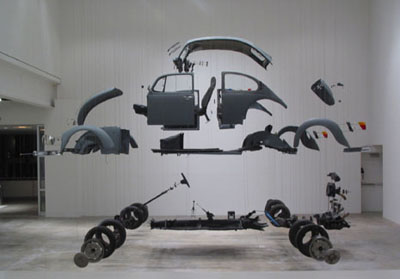 And these are the Official Awards of the 50th International Art Exhibition:

– Golden Lions for Lifetime Achievement: Carol Rama – Michelangelo Pistoletto – Golden Lion for best work exhibited in the International Exhibition awarded to Peter Fischli and David Weiss in recognition of their long and coherent collaboration, their modesty, clarity and artistic quality, for asking questions that help us to understand one another, and for having created a work that captures the true nature of dreams and conflicts.

– Golden Lion for best artist under 35 years of age in the International Exhibition awarded to Oliver Payne and Nick Relph, for having created a work that does not regard neither yesterday, nor tomorrow, but above all today, the present time in the most immediate sense. Their work reflects urban culture, and the suspicion between generations is authentic, abstract and closely observed. It tells of solitude and courage of the young generations in a universal language.

– Prize for best young Italian artist awarded to Avish Kheberhzadeh, for the grace of animation work, the subtlety of narration, and the ability to merge countless influences in the art work.

– Golden Lion for best national participation awarded to the Luxembourg Pavilion showing the work of Su-Mei Tse, a strong but poetical combination of sound, film and space that immediately attracts the attention of the viewer, and yet is rich with subtle echoes of political and metaphysical meanings. The place itself where the Pavilion is located makes one question the necessity of large-scale national pavilions.