It will be able to view the field opera Turandot which is famous world-wide the case true good fortune to me. It puts out and it buys in advance lately, position buys thought will not be difficult, with unexpected it sold in advance easily with internet. The public performance was opened from 4 day period in Seoul Worldcup stadium. 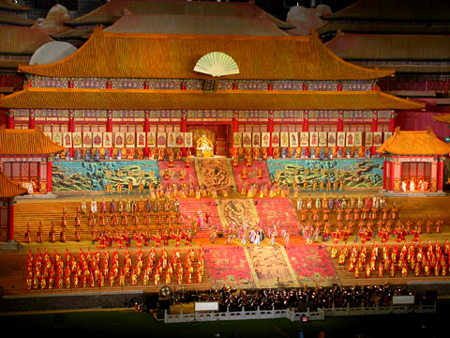 Do you remember? Last year around this time Korea-Japan Worldcup? Last year this stadium is very very hotly, and this time field opera Turandot is alike to last year. When I enter stadium it’s shocked, because stage setting is so biggest and splendid than I ever been see. 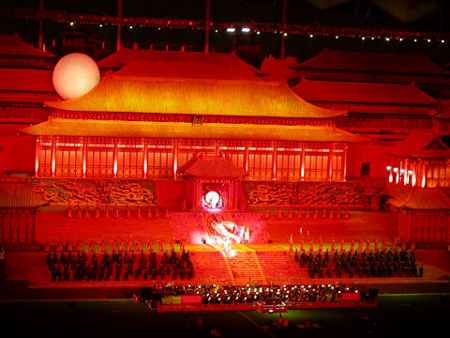 It views a public performance and from the true stage the eye being gorgeous at the degree which will not be possibility, in the acting which is level class it is born but it does not know and it lets suck it enters, in public performance and it received one impression. But, When there is a in small quantity inconvenient point, the stage is distant too much and there was not it will be able to confirm the face expression which the players performs with the direct eye.

So I must see with the screen which is arranged in the substitution stage side, but caption it reads and when the screen more it sees, it comes to do from stage place, flows to break, occasionally the point which is problem to story development is inconvenient in small quantity. 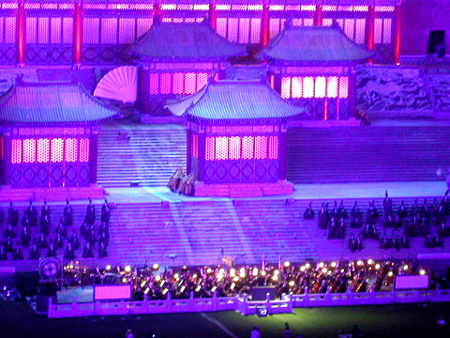 A massive scale arena opera under the directorship of Zhang Yimou. First performed in Italy in 1997 and in 1998 in the Forbidden City, China, opera Turandot won enormous success both artistically and commercially, praised as “the perfect combination of the eastern and western culture.” In the Seoul World Cup Stadium where enthusiasm for the World Cup is still vividly felt, Zhang Yimou will stage the opera Turandot to celebrate the first anniversary of the 2002 FIFA World Cup Korea/Japan.