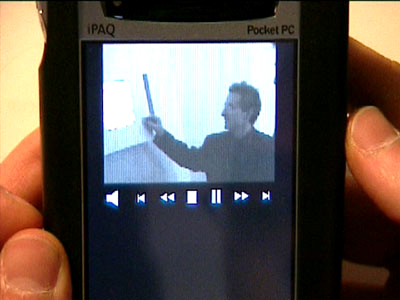 Limiteazero is an architecture and media design studio based in Milan, Italy.

Limiteazero’s experimental activity is about the exploration of alternative relations between man, machine and environment, bridging the physical and the digital. It tries to establish an emotional approach using interface systems, instead of a logical/deductive one.

The work around experimental forms is mainly focussed on investigating forms and images generated by mathematical processing and through random evolution processes. The “random” sequence is our most used coding expression.

Limit: mathematical concept based on the idea of proximity, basically used to give values to certain functions in points where no value is defined, so that they can be coherent with the nearest ones.

What about Exhibition Handled Device?

Everything started up about a year ago, when we were entrusted by GAS art system with the design of both the GAS corporate identity and a multimedia system that would, as the GAS manager said, “replace the manager of an art gallery in explaining the exhibition to the visitors.” He also said he wished to be able to give people more information about the artists and their works than is usually supplied by the labels next to each piece. 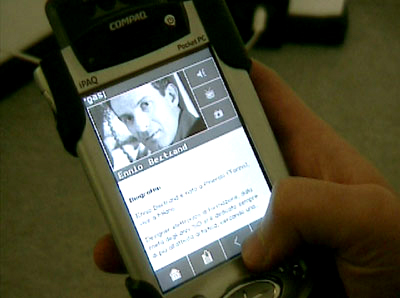 Then, we came up with the idea of the ‘Exhibition handled device’, that could be addressed as a wireless integrated communication system conceived for art exhibitions and museums. Its main goal is to allow visitors to get more information about the subject of the exhibition as they are visiting it, and fill sort of mediatic interaction with the whole environment they are immersed in.

A new part of this work is still to be opened indeed. It’s the ‘interactive’ section, where we’ll insert some experimental pieces of code dealing with the device. We’ll definitely invite some software artists from around the world to come up with something that can run on the handled device and make the devices connect with each other.

What the concept behind the project?

The main idea was to come up with something ‘new’ but fun and easy to use. Something that would make people comfortable with this device, even if they have never used computers before. In this sense, we can look at this work as something that follows our ‘emotional vs logical/deductive’ approach.

I mean that this project have been designed keeping in mind the needs of the final user. We didn’t like drive people crazy about dealing with something they cannot actually manage. We designed a very simple ad user friendly interface, ad it seems to work fine, so far.

What will the future of these applications be in your opinion?

Our main target, by now, is to widen the offer of this system making it available to third generation mobile phones, in order to allow people to gain access to the information system from their own device, no matter their location. Unfortunately, as you know, this kind of mobile phone is not yet available in Italy; we’re currently just working on prototypes, mainly using Japanese cell phones.

We think there is going to be a great future for this kind of applications. People are increasing their relation with communication devices and we all are ready to use theme in new ways. We are getting used to accessing to other people and a lot of available information through the network. We think that people find now on the Net a certain resonance and sort of understanding where they previously might have had to beat their head against something else.

The ‘getting-information-here-and-now’ philosophy seems to lead toward a networked knowledge system, that could provide any kind of content
you need no matter where you are, and this point is really going to change our feelings.

We are working keeping in mind this point. We hope it’s right.