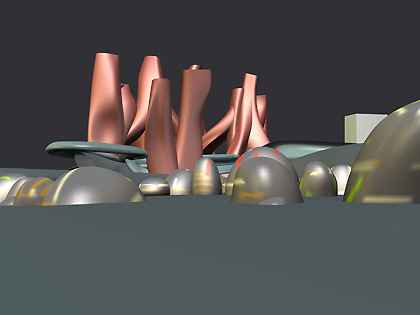 Although we tend to say that reality transcends fiction, in this case it is quite the opposite. In the exhibition that opened last November in Madrid’s Conde Duque Cultural Centre, there is an exhibition of the best virtual architecture projects in various forms such as interactive equipment, video and digital photography. The exhibition is taking place in MediaLab Madrid, an area of the Conde Duque Cultural Centre, which is dedicated to the production, research, and distribution of digital culture, new technology and telecommunications. 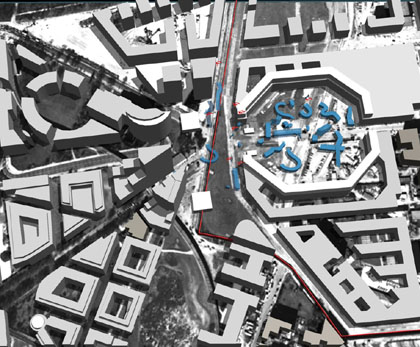 Michel Benedit and Marcos Novak were the first to establish the theoretical basis of architectural cyberspace, coining the phrase “liquid architecture” at the beginning of the 90’s. ART+COM’s project entitled “invisible shapes of things past” is a study of the passing of time through emblematic places in Berlin, which shows the changes that the city has experienced over time. Sonia Cillari recreates an atmosphere of energy and change where the architecture organises time and space, interconnecting and superimposing other invisible spaces. The Dutch MVRDV exhibit their project “MetaCITY/DATATOWN”, a special vision of a city that evolves and is regenerated from various real consumption statistics (water, light…) generated by the inhabitants of their country, Holland. The collective Konic Thtr exhibit the experiences of four immigrant women in the urban environment of the city of Barcelona. 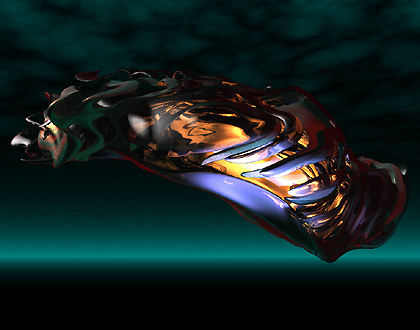 All the projects are surprising because of their striking medium, digital. Complex cities and worlds of impossible forms generated thanks to the tools provided by the computer. Real materials are unnecessary here. Virtual paradise all built byte by byte.