The 1st Korea International Poster Biennale calls for entries in the categories of commercial posters; cultural posters; and public campaign posters. The competition is open to professional designers and design students all over the world.

Out of a total of 1,874 submitted works from 44 countries, 292 posters were selected for the 1st Korea Poster Biennale, including 13 prize winning entries in professional and student sections. (List of selected entries is attached.) 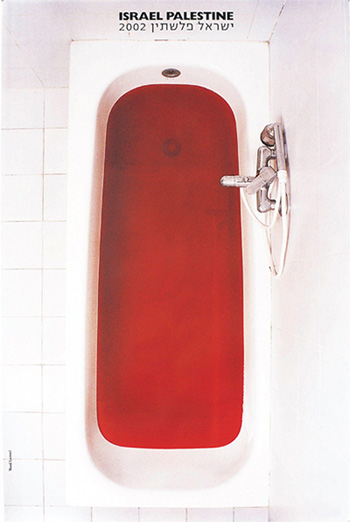 The Korea International Poster Biennale is initiated to commemorate Korea’s successful hosting of the two international design congresses – icograda millennium congress, oullim 2000 Seoul held in the year 2000; and ICSID 2001 SEOUL in 2001. It also aims at suggesting future directions for the world graphic design community in the 21st Century.

Israeli designer Lemel Yossi was awarded the grand prize with his "Israel Palestine 2002."(Far below) In the student section, "Schoner als du(Prettier than you) by Erich Brechbuhi from Switzerland won the first prize. 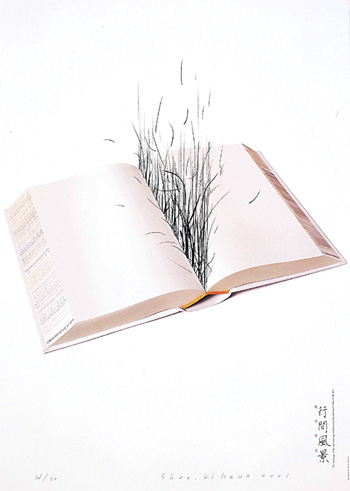 Mr. Shigeo Fukuda, chair of the jury, commented :when considering that it was the first competition, it was a wonder and pleasure to receive such a great number of submissions of high level from around the world.

In the Public Campaign Poster category, many works dealt with the big social issues such as international conflicts, environment pollution, poverty and diseases. The Commercial Poster category had many works reflecting a global economic recession, while posters with unique cultural background were dominant in the Cultural Poster category. 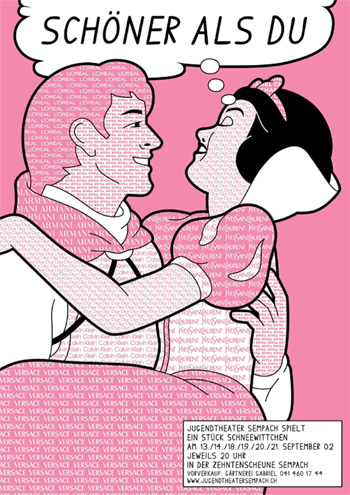 All the selected posters exhibited at the Exhibition Hall of the Korea Design Center starting from November 20th, when the opening and prize reception ceremony will take place.