This time I am writing ‘live’ from the Beta-Lounge. The idea of Beta-Lounge is to do online-concerts, which means that musicians and djs play music at somekind of club and send their music out into the world via internet-live-stream. 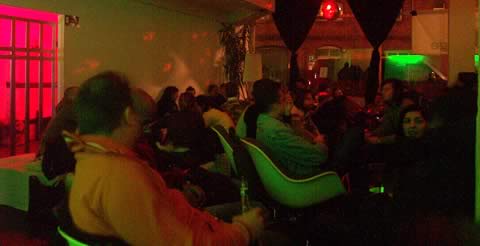 However the live idea got a little bit lost, since the music sets are also available from an archive, which turns the thing more into some kind of inernet-radio. So before you continue reading i suggest to start the latest stream from betalounge.com!

It started some years ago in San Francisco, and about one year ago Heiko Jahnke (aka "Turnvadder"), Ole Luetjens (aka "Sanchez De Wit"), Oliver Tessloff (aka "Olt") and Nils Bacher (aka "Nico Palermo") imported the idea to Hamburg. The Beta-Lounge sessions take place every Saturday afternoon from 4 till 10 p.m. Sometimes the organizers themself play but most of the times they have local and international guests of the electronic music scene.

Nils told me, that doing beta-lounge was an idealistic affair. The server traffic is paid from the money they get by selling drinks. The location is called "Hamburger Botschaft" (Hamburg embassy) and is also used as a shared office by some of the Betalounge-people and some other freelancers and artists. 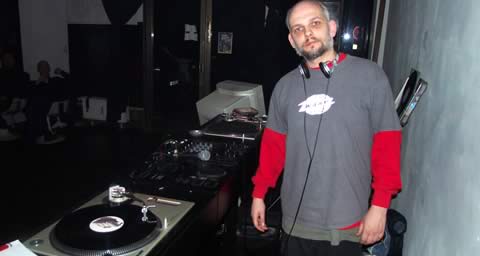 Today (November-23) it’s MFOC session. Right now Raf Le Spoink is dj-ing. Before Superdefekt was playing live with his laptop. You will find one of his tracks here. He is using the software Ableton Live to do a live re-edit of his tracks.
-break-
toilet, playing games, having a drink and taking pictures…
-break- 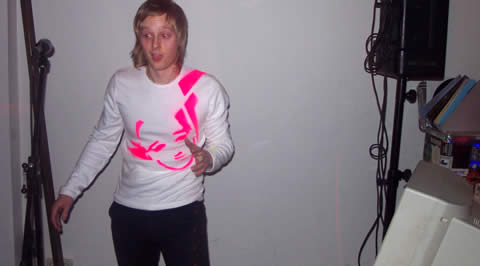 Raf Le Spoink is finished and now Kandisquer is playing. He is using his computer, a keyboard and his voice for the performance. I told him that millions of internet-users were listening to his music right now, to make him a little excited. Anyway, it´s really hard to get him completely out of tune, though his sounds, a mix of different sounds and shapes, sometimes slow and gentle, sometimes really crushed and wild, collide anywhere between techno, electronic experiments, ambient soundscapes, neonpop and supertrash. (The last sentence was written live by Steffen, Kandisquers flat-mate.) Kandisquer himself likes to point out,"You total bollocks!". And this is what Katja, his girlfriend contributes to this article: "w56zluitefrera<dyz.khköl". Kandis finished his set with his superhit "Foreign Machine" and now Superdefekt is playing again. This time he’s mixing crazed overdrive disco-breaks with a mp3-mixing software called "Traktor". 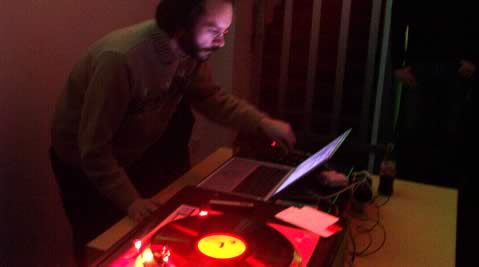 It’s close to 10 pm. The party will be over soon and I stop writing now. Bye!