The “site-specific” works are alternated in the gallery while simultaneously integrating with and at “disturbing” one another. In Govinda Mens’ Breathing Wall, the surface of a wall of the gallery expands and contracts, as if it were breathing, thereby altering the exhibition space and also reconsidering the spectator as a figure, by inventing an emotive relationship with structures. 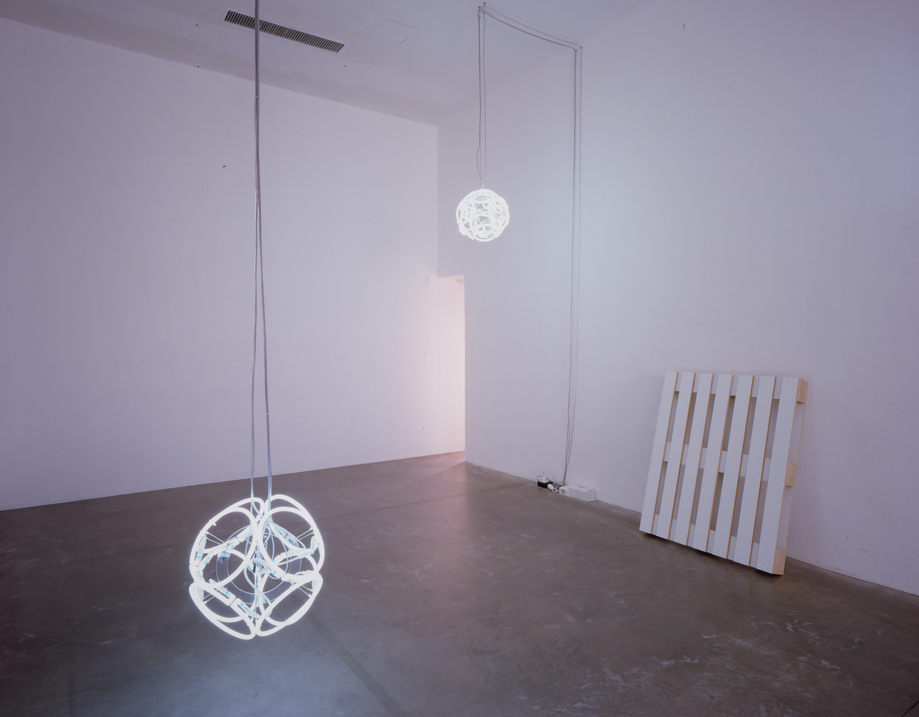 The luminous sequence created by Jeppe Hein consists of five neon lamps, with an aesthetic situated halfway between a geometric and an organic form, linked to sensors that are turned on and off according to the position of the spectator. They are the only source of light in the space and therefore necessary to an appreciation of the exhibition.

The Italian Deborah Ligorio has also always been interested in themes connected with space, both physical and virtual. On the web can be found a work in progress in which she studies dwellings for singles (the Custom Habitats series). The intention of this work is to create an awareness of the spaces that we use to avoid being extraneous and estranged inhabitants. For Fuzzy she presents five very short computer animations (one minute each) on the subjects of habitability, social issues, poised between sociology and withdrawn meditation, and utilising an aesthetic source resulting from the fusion between computer graphics and early video-games.

Riccardo Previdi shows the video of his Lab project: a workshop devoted to electronic music performance. A place with a vaguely organic, light and slightly nomadic form, it springs from a cooperation between various people who transmitted their energy and “sense” to him. The authors of the sound track are the BHF duet, who stage what is also an ironic attempt to introduce a social dimension to the stuffy subject of Italian design culture. 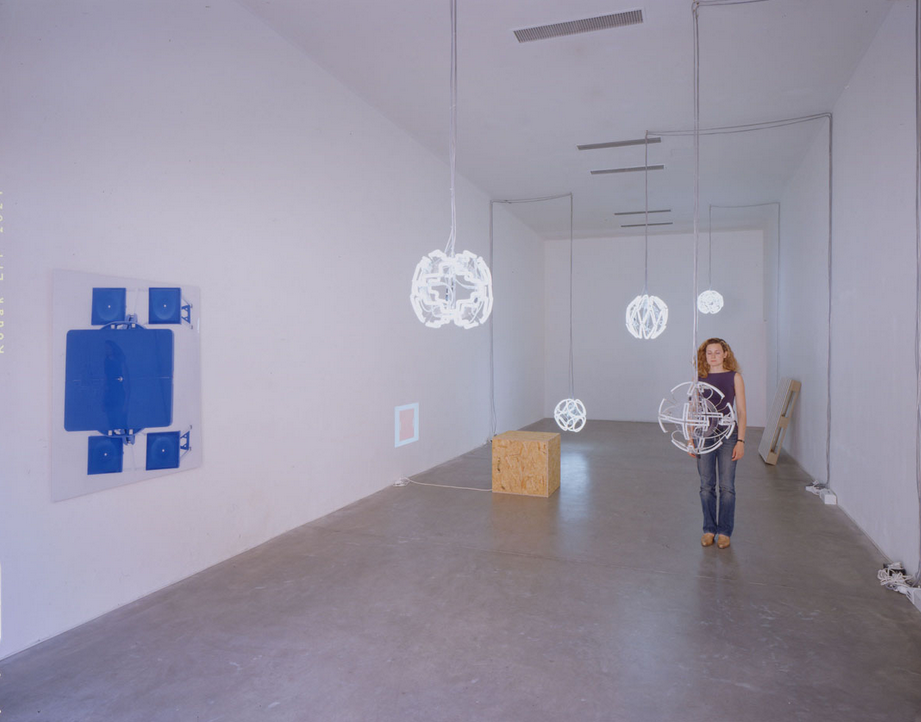 The source of these new horizons of sense put forward at Fuzzy is the minimal poor-art “ideological” mood of the 1970s, the end of the contemplation of art, the banishment of works of art as objects to be observed that are detached from real life. And again, the message that art today should mean action, the will to establish a dialogue among the various disciplines and to gain a deeper awareness of the context in which it is to be inserted.

All these works seem to refer to a set system, where things are organised in categories and patterns recognizable at first sight. But the artists, albeit permeated by a strong sense of living, tend to remove the foundations from the experience of living space, by attempting to reinterpret it.

On the other hand the show paves the way for that discussion of the loss of identity of the work which, together with a polished uniformity also prevalent in design, seems to be the danger incurred by the visual arts: the search for a superficial pleasantness that tends to flatten out its underlying design philosophy.

In any case these new aesthetic totems are born with an advantage: the awareness of serving no functional purpose whatever, but of being charged instead with thought and energy.