The first Architecture Biennial in Havana, Cuba has recently been concluded, following a week of conferences and around twenty exhibitions. In a historic city centre momentarily immune from foolish speculation (thanks to the “revolution”, but also to the embargo), five days were spent discussing architecture and heritage, programmes for urban regeneration and strategies for tourism, prefabrication and the Disneyland syndrome; all themes which in one way or another concern the somewhat composite and cloudy situation which the Cuban architectural panorama is faced with. 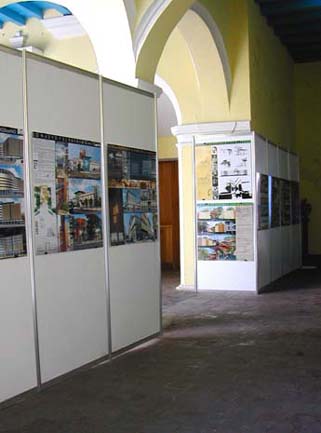 As is often the case at the beginning of an enterprise, under a heterogeneous organising committee which lacked the necessary experience, this first edition did not meet the levels of expectation which it had initially aroused. Following the announced withdrawal of an important European sponsor (as a result of the events of 11 September) who wished to postpone the initiative and then the senseless refusal on the part of others to put off the event until December, the desire remained to go forward with a programme which, given the extent of its implications – above all cultural – required much more than the three or four months available to carry it through. Despite everything however, the importance of an event of this kind in a country such as Cuba is undeniable, especially if the intention is to make it a regular event.

Both the congress and the exhibitions, which took place in historic buildings and strategic locations around the old city, were subdivided into four subject groups: history, culture and heritage of the city; town planning interventions; approximations on urban architecture; interventions in the built patrimony. There were practically none of the “big names” who had been invited to take part, a long list of which was circulated at an informal level but who perhaps had been put off by the little time available to submit material.

The only exceptions were French architect Rudy Ricciotti – who with a slightly bewildered air illustrated his project for the Philarmonica in Postdam, an effective insertion into a historic context which one would hope could act as an example at local level – and the Cuban-American Andres Duany, inventor of “New Urbanism”, who opened the proceedings with a “conferencia magistral” of rather controversial tones in which he drew up an objective analysis of the town planning situation regarding the city of Havana.

Leaving aside however the presence of big names, a meatier foreign participation, if structured around the notion of designing for Havana – a city with truly unique characteristics which represent a perfect testing ground for contemporary intervention – would have allowed an exchange of ideas which would have proved immensely useful for Cuban architects. Instead, perhaps because this first edition was non competitive, the organisers had not considered this possibility, which would have brought a valid alternative, albeit on a purely theoretical level, to the plethora of hideous designs which threaten to spring up all over the place like mushrooms, thanks to the new possibilities recently offered by the government to foreign investors, ingenuously allowing the implacable advance of the all-inclusive, of mass tourism and the shopping mall. 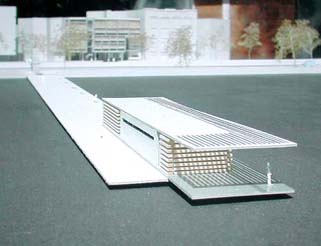 Proposal by Weimar University for a Centro de Investigacion.

The only “external” offerings at the Biennial this year created expressly for the city, were those produced by the students and professors of the Universities of Harvard and Weimar, in collaboration with the Faculty of Architecture in Havana and displayed in the Convent of Santa Clara. This scarcity of international participation transformed the event into something of a local design fair. The exhibitions, despite the benefit of giving an extensive view of the Cuban situation, in fact referred for the most part to projects by the Oficina del Historiador itself (the state body which carries out restoration of the historic city centre) or a small number other architectural practices active in the area. 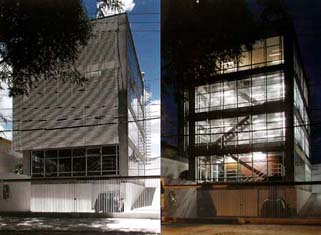 There were very few exceptions, the latest work from the Brazilian practice MMBB Arquitetos being amongst that worth mentioning. The impression which one derives from this is one of a desire for auto-celebration, which reveals however an approach to intervention in the historic city centre which is rather orthodox, antiquated and inflexible in its methods and objectives: in the opinion of many present, it was something of an own goal for the doubtful quality of the projects proposed, above all in the case of insertions into the historic fabric.