There are many conferences about Flash and web design all over the world. They make good chances to know how we can use Flash and what we should make. In addition, many Flash developers participate in and communicate with each other, so we are able to imagine the international trends and the future of the web. It was the first time that this kind of Flash conference was held in Korea. It took place from 29th to 31st of July at COEX Auditorium and Grand Ballroom in Seoul, the capital of Korea. It was called ‘Flash Conference 2001 Korea‘. Many influential speakers such as Joshua Davis and Yugo Nakamura were invited and they showed their inspiration and creativity. 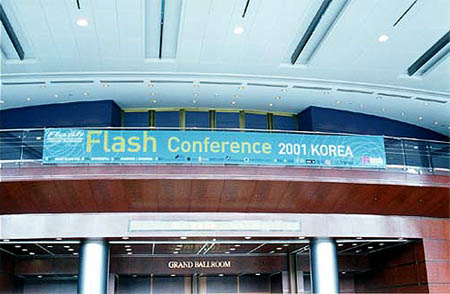 At first, the trailer, which had been served with speakers’ works, was shown. The conference opened with a keynote speech delivered by JaeHoon Lee, the chief officer of YOON DESIGN Inc. Then, the speakers were introduced. Flash Conference expected to draw more than 1,000 attendees. All the sessions were divided into two groups for fundamental and expert users. For 3 days, sessions had been discussed about the topics : Action Scripting, Motion Graphics, Game Production, e-Business, Animation, Interactive media. 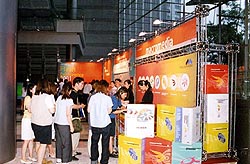 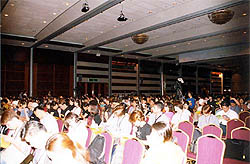 Definitely, Joshua Davis and Yugo Nakamura, one of the most famous Flash developers in the world, were spotlighted over the whole conference. They spoke about inspiration and interaction. 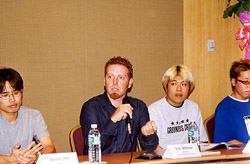 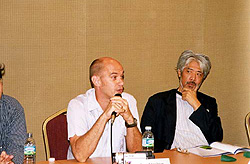 Joshua Davis showed the attendees an intersting way of finding inspiration with his presentation called ‘Inspiration and Application’ through praystation.com and once-upon-a-forest.com. He explained how he had developed and expanded his ideas and works.

Yugo Nakamura spoke about ‘Visual Communication’. He took out these words : Static, Kinetic, Reactive, Connective. He defined this meaning and showed how he had applied them to his works. He took attendees on a brief tour of his famous works on yugop.com and showed some unpublished works. 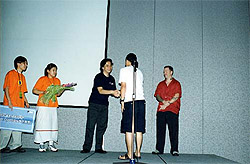 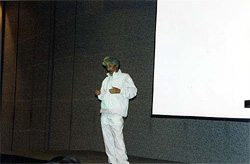 Aachi & Ssipak is a modern cyber-funk easy-rider filled with MTV images and hardcore rap for the new generation who wants a different and shocking stimulus. It was invited to the 10th Yubari International Fantastic Adventure Film Festival 2001 and the 5th Puchon International Fantastic Film Festival 2001. The animation directors, Jae-hee Kim and Yong-hoon Cho presented the process of this Flash animation.