“14, 15 and 16 of June> Go to Sonar”. This is one of the first appointments that many of us make in our diaries at the beginning of the year, together with New Year’s resolution and goals to achieve. 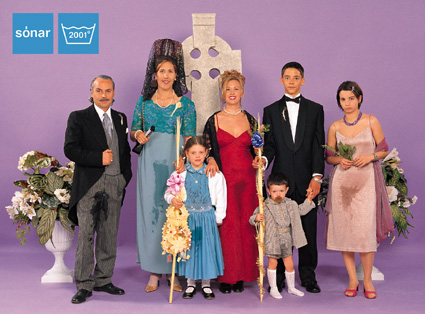 Sonar is an urban festival (although we also have an area covered in artificial grass for those who miss the countryside) that in just eight years has gone from being a minority event to a European and international reference point as far as electronic music and new technology is concerned. Last year’s festival was attended by 54,000 people and around 500 artists participated.

The crowd and the acts this year will be bigger and better. The flyer for Sonar 2001 shows a selection of characterst people in different situations that do not seem to have anything in common, except that if you look closely you realise that they have all wet themselves. It’s normal that the excitement on discovering the new features in this year’s festival would produce a sudden bout of incontinence. Expect nothing less. 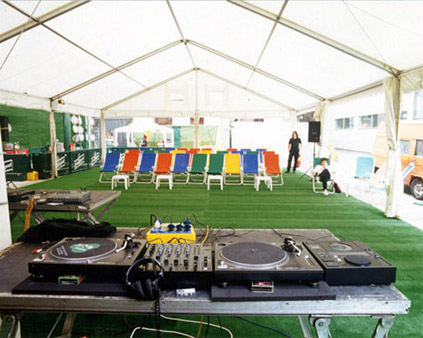 Where did the idea of creating a festival like Sonar come from?

The festival came about with the idea of offering a slot that did not exist in Spain before, showing the latest in electronic music, and complementing it with new technologies. Combining the fun bit with the other cultural and exhibition aspect. 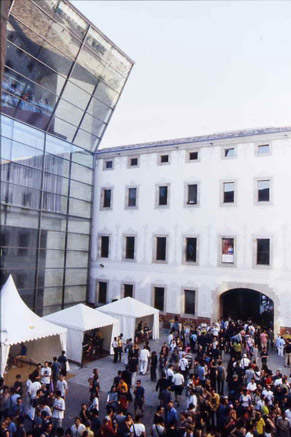 Who were the first organisers?

Sergio Caballero, Enric Palau and Ricardo Robles, the founders of Advanced Music which is the independent company that runs Sonar.

Was there a similar festival in Europe then?

No, the way Sonar is structured makes it very difficult to find this type of formula in other festivals.

How can you prevent something slipping out of your hands that has become so massive in so little time?

Adapting to the festival demands, bearing in mind both the public as well the professionals, but always in a risquŽ spirit, that’s committed to the avant-garde.

How do you choose the artists?

They can be divided into three groups: the proposals we receive, the groups that are offered to us by the record labels and the artists who we would like to contract.

Projects for the future?

It’s difficult to predict it’ll depend on cultural evolution and public demand.