For some past few years, the market for animation/figure, regarded as Otaku-culture is expanding to anti-Otaku people. This maybe created by Takashi Murakami who goes ahead with the fusion of Otaku and Art, ‘Ghost in the shell’ attracted the world’s attention to Japanese animation, the fusion of techno and animation by Ken Ishii and Studio 4℃, and the movement of Evangelion crossing the genres.

“Wonder Festival” is the garage kit festival held twice in Summer and Winter every year, and also the ultimate event of Otaku-culture. The number of mobilization is increasing every time and this year we could have a glimpse of the fragment of mature culture scene. It’s a hot event about 300 people throng on Big Sight in Ariake, Tokyo, an extraordinary long line continued to the entrance since early in the morning. 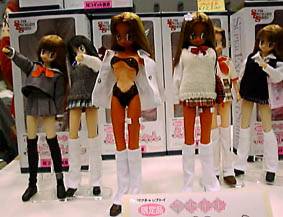 This year’s Wonder Festival featured GAMERA3. The contents is rich and varied, a model of gigantic GAMERA, a competition for molding GAMERA, a forceful preview of GAMERA3, a talk show, etc. 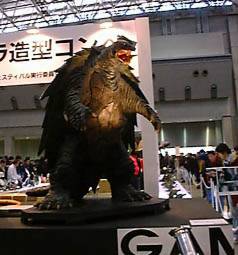 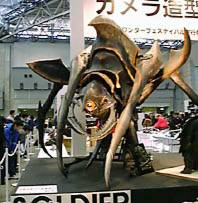 Takashi Murakami who tried to fuse Otaku and Art in the last Winter Wonder Festival hold the event ‘S.M.PK02.sexaroid revolution’ (2 means square). This theme is ‘Girl transforms into Airplane’ and it refers to the sexuality in Otaku culture. 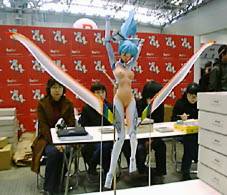 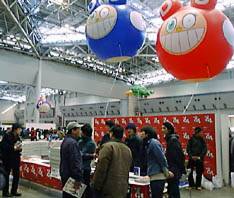 The coloring action figures have increased radically after Evangelion in Japan. Under the happy circumstances for toys manias, the host of this festival ‘KAIYODO‘ devoted their know-how as a pioneer of garage kits and expressed ‘Xebec Toys’, attracted the audiences’ attention.