SPECTRE par SUPRA
Spectre is a new collection of shoes developed by and for Lil Wayne with the brand Supra sneakers. The first series features the new High Top Chimera in three colors. Available from May 18. 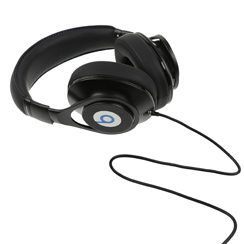 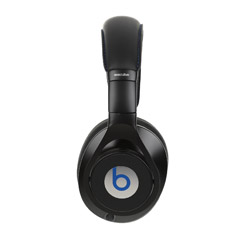 Beats
The Executive headphones from Beats Audio are now exclusive with a limited edition version in blue for colette, in 213 copies. Chic, black and blue headphones. A collector’s item.

Civissum
Ich bin ein Berliner, the famous quotation issued on June 26, 1963, by President JFK in Berlin, during his speech on the free man. Fifty years after his death, the message of freedom still resonates and its scope is not exclusively political: This tribute line will underscore the timelessness of the message…

HomeBar Smeg x Fiat
Two of the most iconic Italian brands, Smeg and Fiat, are launching what’s probably the most unexpected product this spring, a homeBar mini fridge of 100L designed in the front of a Fiat 500, becoming the Smeg 500! In our windows at colette from May 27.

Ruby x Ill Studio
When two talented young Parisian designers come together, it can only mean great things! One can only admire the Ateliers Ruby helmets in collaboration with Ill Studio, with two models in the Pavillon category , one in the Belvedere and one in the Castel. Limited edition of 50 copies per helmet. And inspired by the leather styles of Grand Prix drivers of the 60s, Ateliers Ruby has created its first two leather jackets, with fluid and clean lines, cut to provide the best air circulation. And specially for the occasion, an unique piece with the Ill Studio print