Miles Aldridge exhibition
British photographer born in 1964, he lives and works in London. After studying photography, he entered into fashion photography in 1995. It is during this period his work first appeared in prestigious magazines such as Vogue Italia, Numéro, V, or even the New York Times Magazine. His artful composition and mastery of color make him one of our current photographic luminaries. His first exhibition in France, at colette from November 9th to December 5th, will display some of his most notable work, as well as his sketch books.
On November 19th, Miles Aldridge will give us the pleasure of signing his book, which is published by Steidl, at colette, from 6 pm to 7 pm. Thanks to Lavazza and the Reflex Gallery.

Hello Kitty! 35th anniversary
Happy Birthday Hello Kitty! colette celebrates the 35th anniversary of the kawai icon created by Sanrio on November 1st, 1974 with a dedicated space from November 9th to December 5th. A host of products, tangy pop collaborations, the whole universe of Hello Kitty will be represented notably with Dr Romanelli, Medicom, Mimoco, Asics, Casio, etc… And remember, if Hello Kitty has no mouth it is because she speaks from the heart. The official designer of Hello Kitty, Ms. Yuko Yamaguchi, will be at colette for a wall painting on November 9th from 5PM 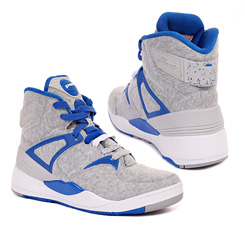 Reebok Pump 20 years
1989 saw the release of Madonna’s “Like a Prayer” and the first episode of The Simpsons. But it also signals the birth of the legendary Reebok ‘Pump’ sneaker shoe with its revolutionary eponymous inflating system. 20 years later Reebok wishes to celebrate this anniversary by asking the 20 most famous shops in the world to imagine their own ‘Pump’ design; and colette has been chosen to represent France! The result is the ‘Bring Back’ in grey jersey (a reference to street culture), and blue (colette’s own!), with the ‘Pump’ system on the tongue of the shoe, showing the two circles of the shop’s logo. The model will be sold in very limited series – only 31 pairs! – and numbered exclusively at the shop starting from November 19th!

The Baron’s compilation CD
The famous private club in the eighth arrondissement of Paris, the hub of the artistic Parisian elite since 2004, celebrates its first 5 years of existence with music. Founded by André, who naturally signs the artwork on this splendid double CD, and Lionel, a night-prowler of the capital’s streets, Le Baron has become the lounge where Parisian initiates can rediscover a way of partying that is both intimate and intense. The CD contains a poster by André.

Kiehl’s x Kaws
Do you have any idea what brings Kaws and Kiehl‘s products together? For starters the NYC artist is a big fan of the famous cosmetics brand which he has been using for 10 years; and the two have united for the same cause: worldwide children protection. Together they have worked on a limited edition of Kiehl’s well known “Crème de Corps” redesigned by the artist, with bottle caps version exclusively available at colette for Europe by the end of the month. 100% of the profits will be given to “Les Orphelins du Sida”… A cream that definitely is a problem healer!