Former Aussie and now try-hard Parisien writer Linlee Allen wholly confesses to being the “all-round groupie” of concept store colette, located in the French capital. Having participated in the world-famous boutique’s range of events across the globe, whether it be performing in a radio show in Copenhagen, photographing guests at a party in Japan or being the first – and the last – one on the dancefloor at a CD launch party in New York, she relates to the colette way of life and here, lists her favourite finds from colette for the Spring 07 season ahead. 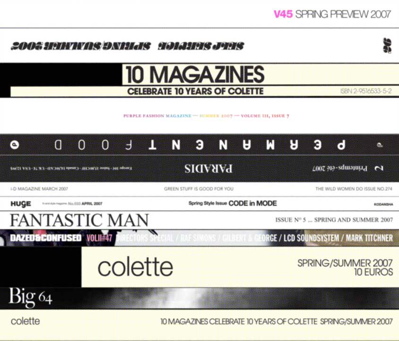 10 MAGAZINES
A very special publication comprising assorted pages of 10 magazines distributed at colette, all of whom have in some way, shape or form played an important part in the colette history since 1997. The concept is simple and straightforward: 20 pages from each of the March issues are selected by each magazine editor especially for the “10 magazines” project. The best and brightest assortment of titles including: Big (#64), Dazed & Confused (vol.II47), Fantastic Man (#5), Huge (#33), i-D (#274) , Paradis (#2), Permanent Food (#15), Purple Fashion (#7), Self Service (#26), V (#45). 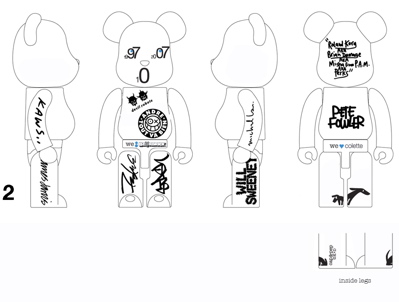 SPECIAL COLETTE TEN YEAR ANNIVERSARY BE@RBRICK FIGURINE
When we say limited-edition, we mean it as only 100 anniversary Be@rbricks by Medicom have been produced. Signed by 10 ARTISTS all of which are recognised as top toy designers around the world, together for the first time on a figurine with a difference. Enter: Andre, Devil Robots, Brian Damage (aka Perks), Pete Fowler, Futura, James Jarvis, Kaws, Michael Lau, Stash and Will Sweeney. 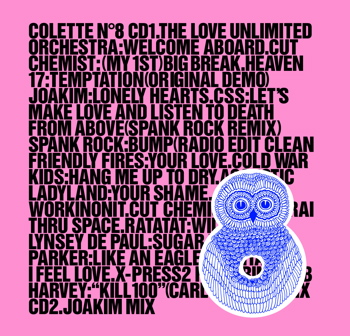 COLETTE #8 CD COMPILATION
The latest and greatest CD compilation from colette comes courtesy of Marie Branellec and Michel Gaubert as the dynamic duo of music selectors present a double CD with a difference. CD #1 comprises and assortment of new and old tunes from every musical genre. CD #2 spotlights the talent of French producer Joakim with a special mix CD. Definately a must-have for 2007!!! 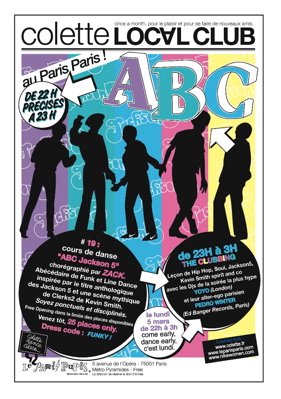 COLETTE DANCE CLASS #19: ABC JACKSON 5 FEVER
The one, the only, the famed colette dance class kicks off with an “ABC Jackson 5” theme in March. Think 60 minutes of ABC-fever with funk and line-dancing mayhem starting at 10pm, to be followed by DJ YOYO (London) and their Parisian alter-ego Pedro Winter (Ed Banger Records, Paris).