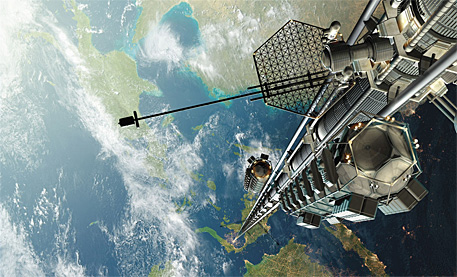 Artist rendering of a space elevator

Dorkbot began in New York City in 2000 and has since spread to 65 cities around the globe. Once a month, 3-5 presenters share their work and engage in dialog. Dorkbot even has a theme song. 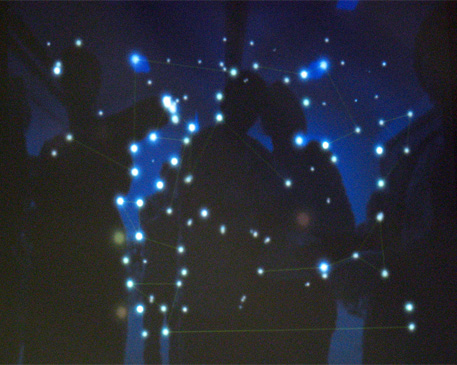 Up first was Jeremy Fitzhardinge with a project originally intended for robotic vision. While exploring “feature tracking” logic from the output of a video stream, he noticed the clusters of “feature points” looked like star constellations. He then decided to shift his focus from robots to stars and create an interactive star engine, complete with birthing stars, constellation groupings, and super novas. The star patterns are based on features the video "sees", so user relationship becomes quite interesting.