I wanted to feature textile designer, Kirsty Anne Powell, because this month she’ll be representing Amsterdam and exhibiting at Tokyo’s extraordinary Designers Block Show. Not only that but she’ll be there as the guest of Japanese style gurus’, Cibone and that’s an amazing achievement for someone who only moved to Holland less than 4 years ago. 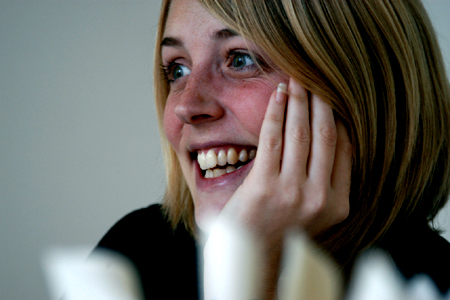 I met Kirsty during my first week in Amsterdam, having arrived fresh off the boat from London. It was a daunting time because we didn’t really know if we’d done the right thing leaving our jobs, selling our apartment and moving over to start all over again in another country. Kirsty was one of a few English people we met who’d recently moved over and were busy making a new life for themselves in Amsterdam. She said she wanted to set up her own business and it’s a great pleasure to see how well it is now doing. It’s an inspiring story and a good example of how the Netherlands continues to lead the way in so much of the world’s design. 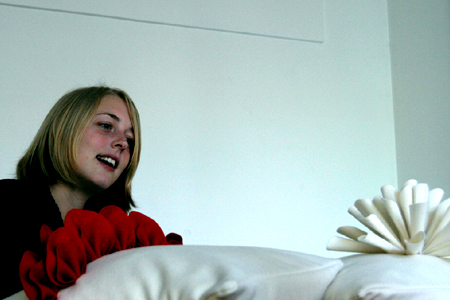 Kirsty’s interior accessories are unique because rather than the traditional print or weave textile design, she focuses on creating 3D constructions using only natural fabrics. Her range of accessories which include cushions, throws and bags have been incredibly influential in setting the trend and inspiring the way certain textiles are currently being used. Her exhibition at Designers Block will feature her brand new collection called Paper. Kirsty describes it as, “paper inspired by fashion. I want to cross the boundaries between fashion, interiors and textile design. I’m using a special fabric that is 80% paper and 20% linen – it crinkles like paper allowing you to scrunch and mould your own shape.”

In 2000, Kirsty graduated with 1st class honours in Textile Design from Loughborough University and in the final year her collection was purchased by Donna Karen for the New York store. Working as a stylist and interior designer in London, Kirsty decided she really wanted to create her own designs and products and after a chance opportunity to move to Amsterdam, she decided this would be the city where she would launch her company. In 2003, Oromono was born and the company’s first collection was presented at the Maison en Object in Paris this year. Kirsty won the Design Award for Best Newcomer and was an overnight success, receiving orders for Scandinavia, the US, and Europe. Since June, she has already produced an exclusive set collection commissioned by The Conran Shop (London, NY, Tokyo, Paris) had more of her collection sold in Barney’s (NY) and is currently featured in a prominent window display at Heal’s in London’s Tottenham Court Road. 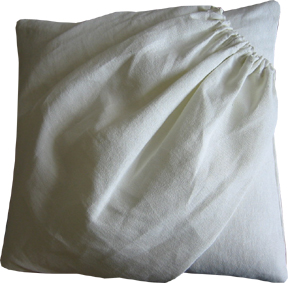 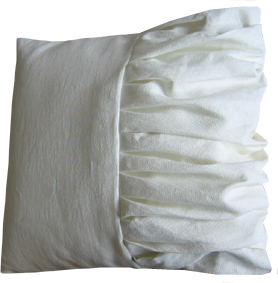 The Japanese, however, are great fans and Cibone (Japan’s leading icon of interior cool with shops in Tokyo and Kyoto featuring hand-picked designs from around the world) one of her strongest supporters. “I was really so thrilled when they asked me to launch my new collection with them at Tokyo’s Designers Block. They’ve also asked Marcel Wanders (Moooi) and Piet van der Hoek so it’s a great honor and such an amazing event to be part of.”

In May 2005, Kirsty will also have a solo exhibition at Amsterdam’s Gallerie Vieleers to present her textile art. “I love working with fabrics and dying them. The art also allows me to create less commercial work. I’m really into developing 3d pieces using frames and layers and layers of fabric. In Japan I met this natural Indigo dying master and he really inspired me a lot. I’ve got some fabrics from him which I hope to work into my pieces.”