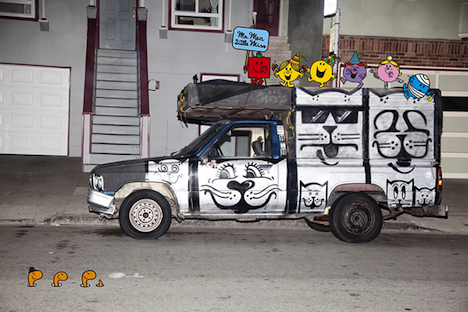 YellowKorner was launched in Paris, 2006 with a wish “to take in art photos casually into daily life and to spread a new way of art photos fitting for each lifestyle”. In Japan, its antenna shop has been opened in Marunouchi, Tokyo since April for a limited time.

In the collaboration commodity as the vol.1 dispatched from Japan, the characters of Mr. Men Little Miss will appear in photos shot by photographers as Joji Shimamoto and Christine Ellger. Related events also will be held on the 2nd floor of the shop.