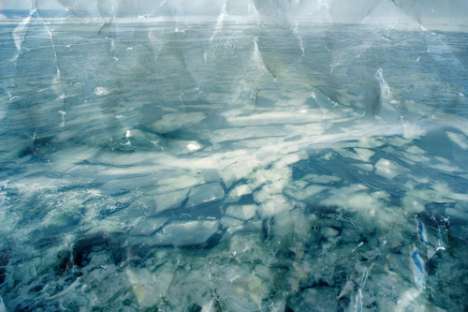 From April 21st to May 10th, a photographer and video artist Akiyoshi KItagawa’s exhibition “Okhotsk #01” will be held at Granvista Gallery Sapporo. He has produced short films as a filmmaker in Tokyo.

In recent years, as based in Hokkaido, he focuses on the historical background and landscape of the field of Hokkaido. Released photos and videos with a concept as multilamina of the time. For this exhibition, based on the hypothesis that the ancestors lived in Hokkaido has its origins in around Lake Baikal in Siberia, he will exhibit and sell photos and installation taken in carrying out the field work in the Okhotsk.

On April 21st, he is to talk with Keiji Tsuyuguchi a photographer and Kineta Kunimatsu a sculptor as an opening event. It would be a journey to trace the “hypothesis” hidden in the DNA through his attempt to produce the image of copying and collecting Okhotsk of the landscape in winter and indigenous materials, and superimposing the ancient climate and the current.