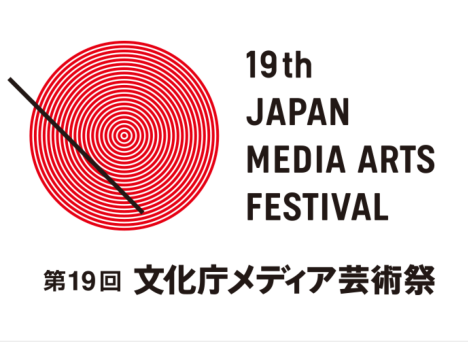 The Japan Media Arts Festival is a comprehensive festival of Media Arts (Media Geijutsu) that honors outstanding works from a diverse range of media, in the four divisions – Art, Entertainment, Animation and Manga. It also provides a platform for appreciation of the award-winning and other notable works. Since its inception in 1997, the festival has recognized significant works of high artistry and creativity.

The 19th Festival calls for entries. Entries are sought from professional, amateur, independent and commercial creators from across the globe. Works completed or released between September 3rd, 2014 and September 9th, 2015 are eligible for entry in those four divisions.  In lately November, they will announce the winners of Grand Prizes, Excellence Awards, New Face Awards and Special Achievement Awards, as well as other Jury Selections. Award-winners will receive prizes from the Minister of Education, Culture, Sports, Science and Technology.

The Exhibition of Award-winning Works, in which these will be presented, will be held from February 3rd to 14th, 2016, at the National Art Center, Tokyo and other locations. Visit their official website for more information.