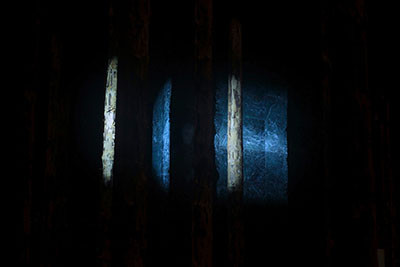 YUKA TSURUNO GALLERY will hold “Ich fliege zurück mit Lufthansa.“, a special solo exhibition of works by Yuichiro Tamura, from March 28th to April 4th. Having been granted by Agency for Cultural Affairs in 2013 and Pola Art Foundation in 2014, he was based in London and Berlin, participating in Institut für Raumexperimente of Olafur Eliasson.

In this exhibition, to be held upon his return to Japan finishing 2 years programs, Tamura will show his “fig” series on type C prints which are significant elements produced for the projects he has conducted in various places. Some of new pieces including “Lascia ch’io piang” and “Du sollust nicht fallen.” Both produced in Berlin will also be shown.

Although he conducts large scale installations and performances which sometimes involving the whole exhibition sites, Tamura’s “fig” series are two dimensional pieces represents those works. Having an artist talk by Yuichiro Tamura from 18:00 on the first day at the exhibition opening.