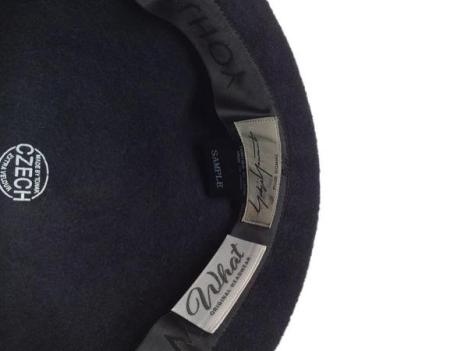 A member of WABISABI, an artist of Clark Gallery + SHIFT has founded a new hat brand “What”. And its “BONSAI” hat was appointed by Yohji Yamamoto Autumn/Winter 2015 collection, which was announced in Paris in January 2015.

“What” is founded in 2014 by two members, one is “Wabi” from WABISABI and the other is hat craftsman “Hat-shimasse”. Around the felt hat made from the type of the original design, they will continue to propose a “new basic” never before, such as “BONSAI” and “CASA” inspired by the beauty of the Japanese style -Wa-. “BONSAI” hat by “WHAT” will be released this fall in Japan, as double name with Yohji Yamamoto.